The Saenstroom OPDC [Orthopedagogic Didactic Centre] is a combination of two separate schools for pupils with learning difficulties, or experiencing emotional or social problems. Security is important for this group of pupils and a key concept in the design, which has a transparent, light and open atmosphere. A metaphor for the school building is a village with cottages (the classrooms), workshops (the workrooms) and greens (the living rooms). Safety and supervision from the classrooms on the village greens play an important role. The design is placed on the site in such a way that the three different elements each have their own spot in the building, with their own entrance and their own outside space. In addition, the large playground on the south side of the site is linked to the school by the main entrance and two flights of steps to the first floor. Inside the building there is a repeated pattern of a number of classrooms situated around an open area. Together, these open areas form an assembly hall which, combined with an outside terrace, extends out over the water. In this way, maximum use is made of the site surrounding the building. The building accommodates a gymnasium, which can also be used by other schools or clubs. With its orthogonal shape, the building fits well into the urban structure of the surrounding neighbourhood. 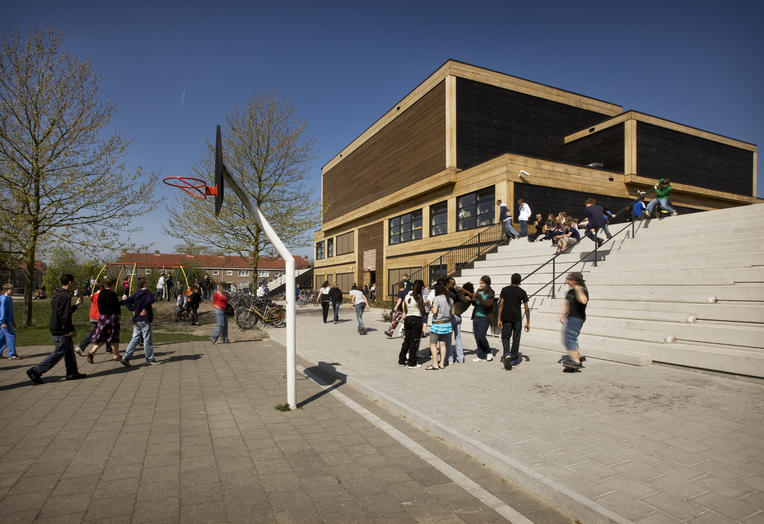 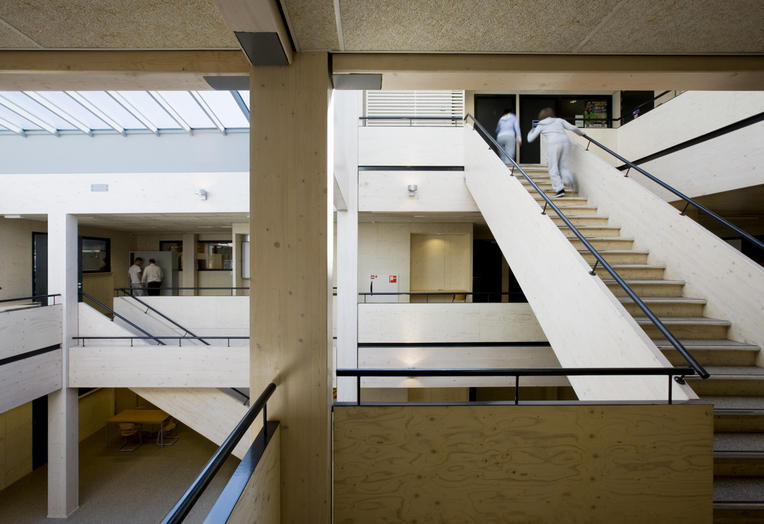 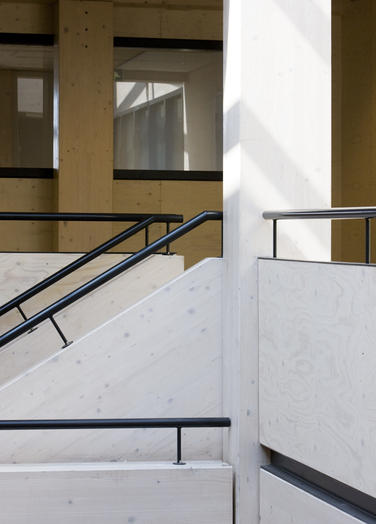 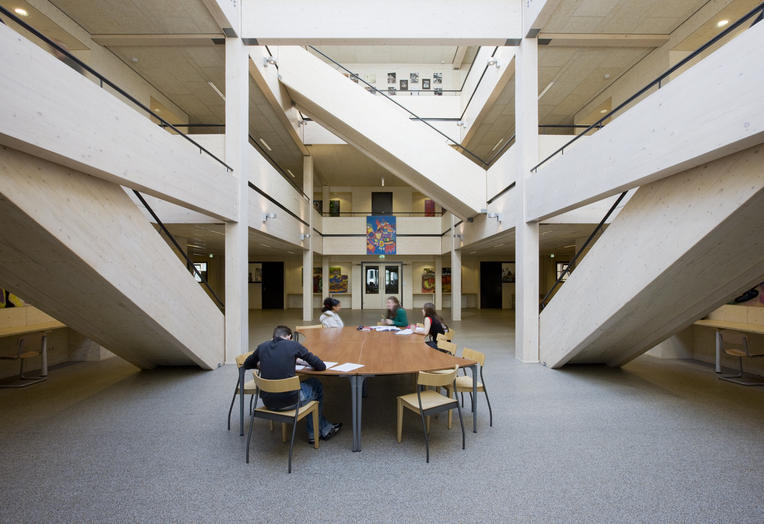 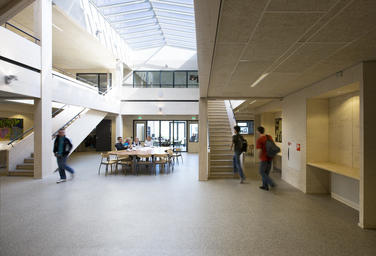 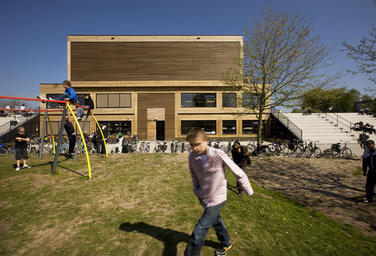 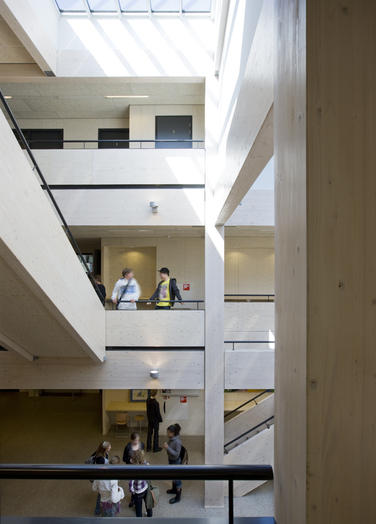 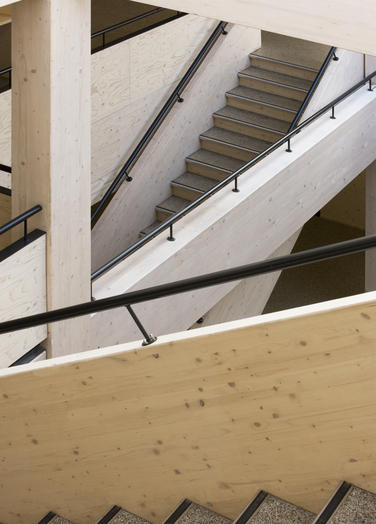 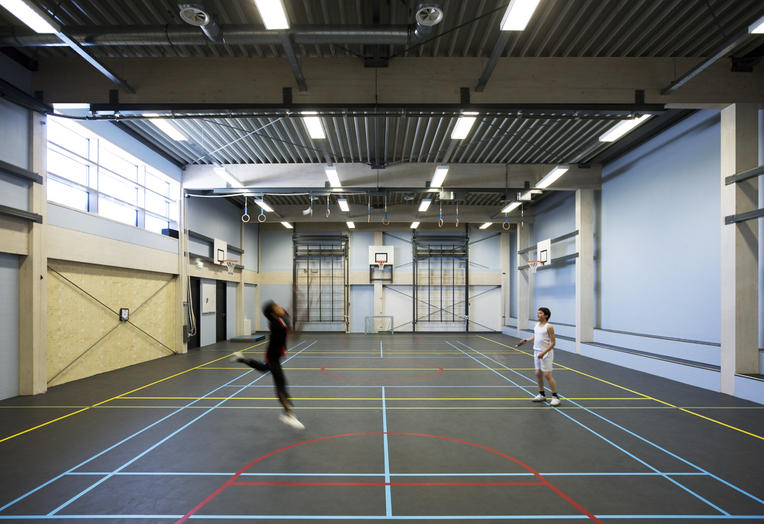 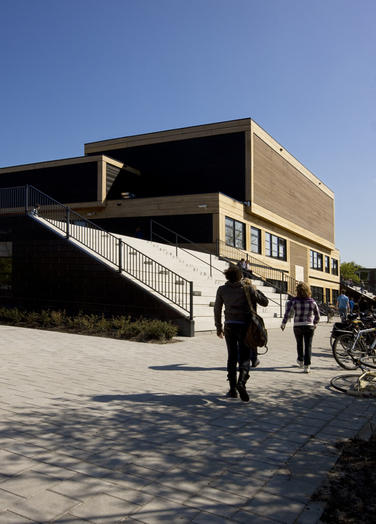 Safety and supervision from the classrooms on the village greens play an important role. 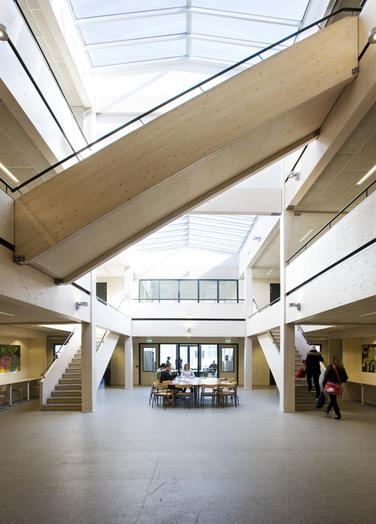 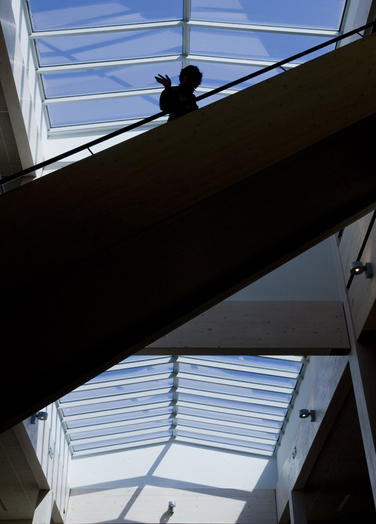