Aalsmeer was faced with a dilemma. Extensions to the municipal hall had relegated the main entrance to a low-key parking area. The commission was to turn this into an environment worthy of the municipal hall entrance. The area surrounding Drie kolommenplein is one of freestanding buildings varying in scale and impact - urban on the square, rural along the water.
The scheme straddles the interface between those two characteristics. This difference accordingly became the point of departure for the design. A line of housing blocks links the two public spaces behind the municipal hall. On this side they are sturdy volumes that pack quite a punch,two rectangular and three curved, their scale and dimensions deriving from that of the municipal hall. Timber panels from floor to ceiling recalling floodgates alternate with tall casement doors in an irregular rhythm. To the water the buildings are modest and retiring. Their zinc roof and floor cantilevers bend towards the ground and create a rural impression, while protecting their inhabitants from the sun’s glare and inquisitive glances.
Taking as its target group elderly people of above-average income, each level contains three dwellings only. In the centre of each is a capacious hall off which are all rooms; these can be combined by sliding away partitions from the facade. 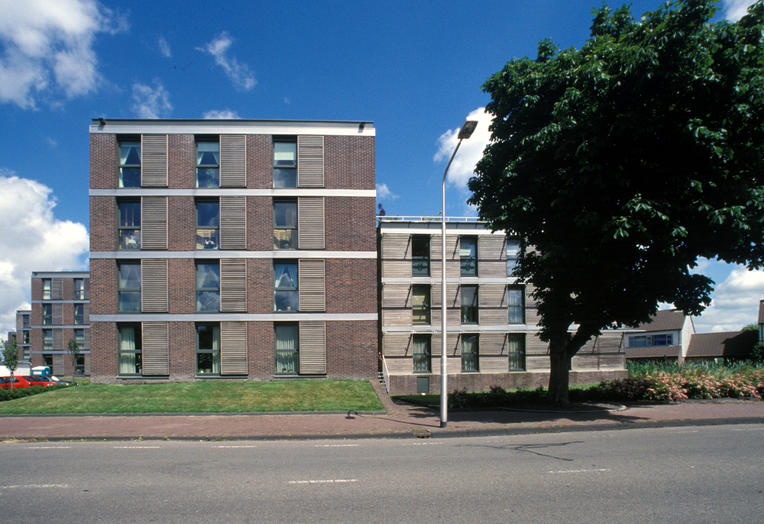 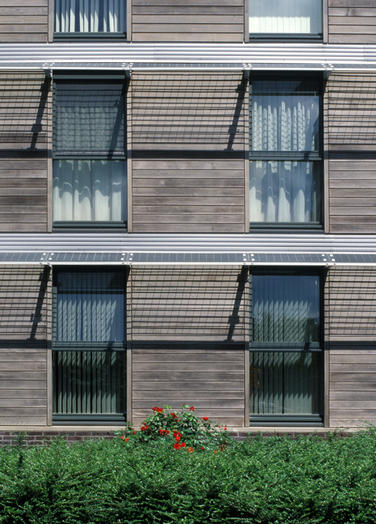 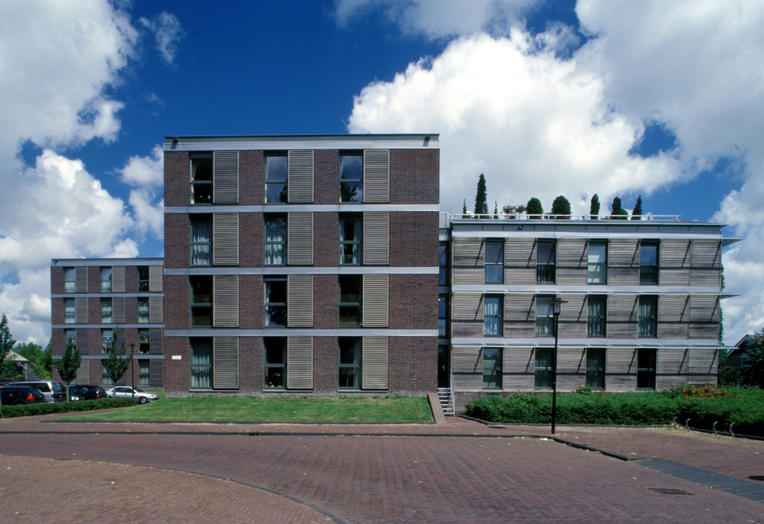 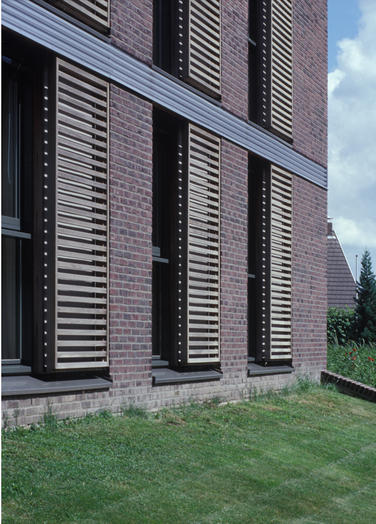 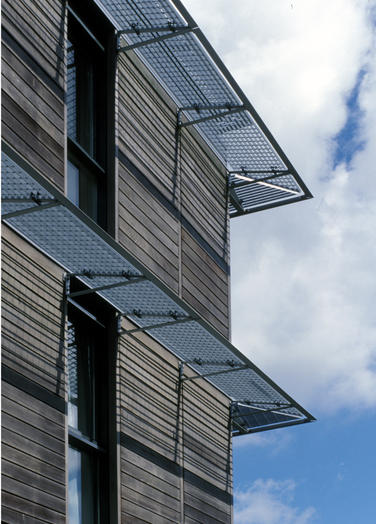