The house of Herman Zeinstra at the Oudeschans in Amsterdam was finished in 1977 at a spot that was empty since 1945. Before he started the design, he studied in detail the housing at the canals of Amsterdam which he used as a basis for characteristics to fit his new house in the wall of houses. Characteristics like a façade as a screen, a beam to lift goods, a crownlist, a façade on the run, a high groundfloor and a traditional windowarrangement, 3 rectangle windows per storey. With these characteristics he went to play, use them ironically. The house get 2 façades, the one in front is clearwhite and put as a loose screen in front of the house. The backside façade is solid and is made out of concrete blocks. The openings in both façades have different sizes and the traditional windowarrangements exists while the two facades fill up each other. Half of the glass is put in the backfaçade and half of the glass in the front façade, in the front façade you get bay-windows. 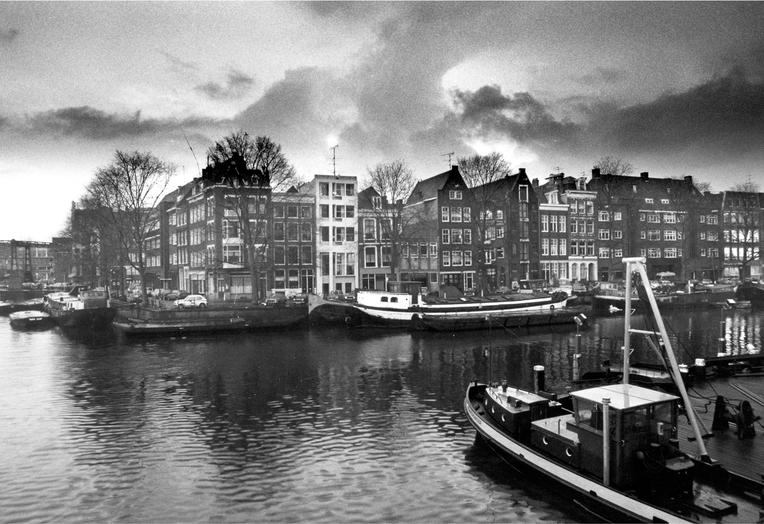 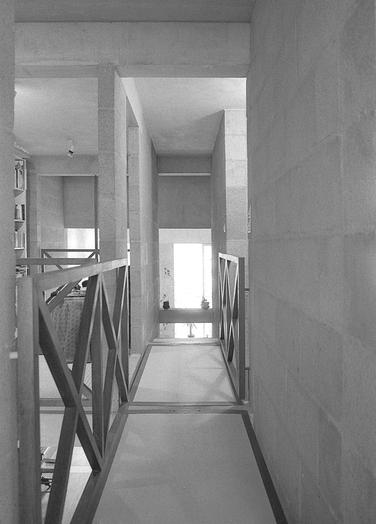 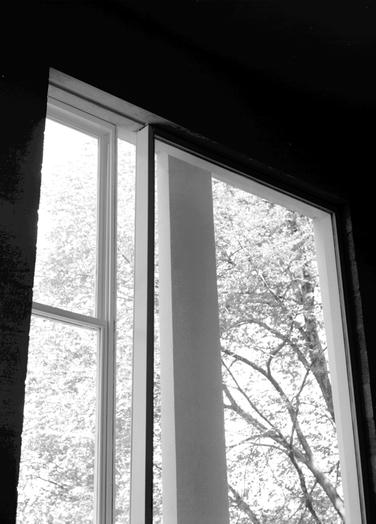 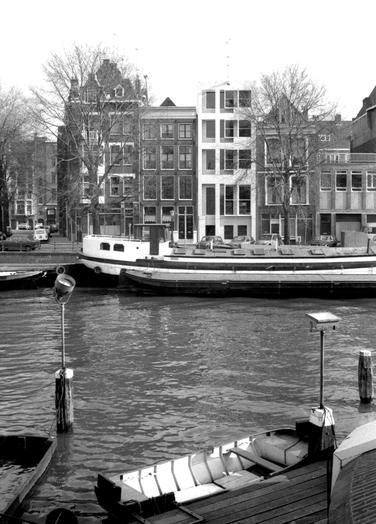 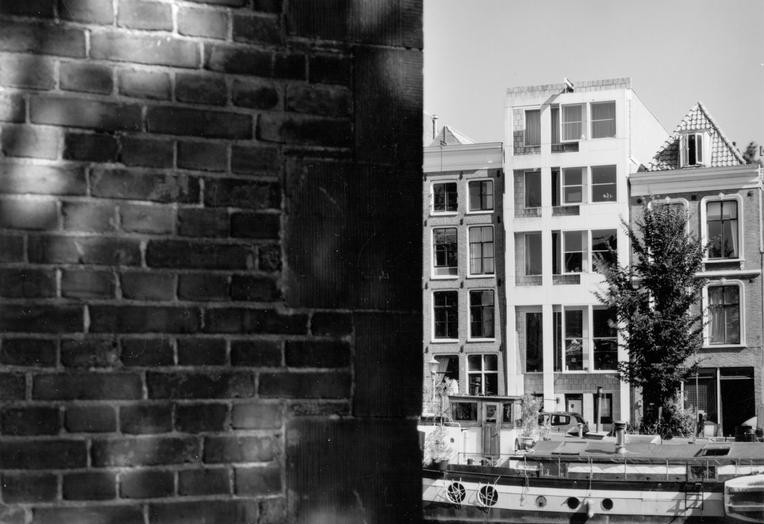 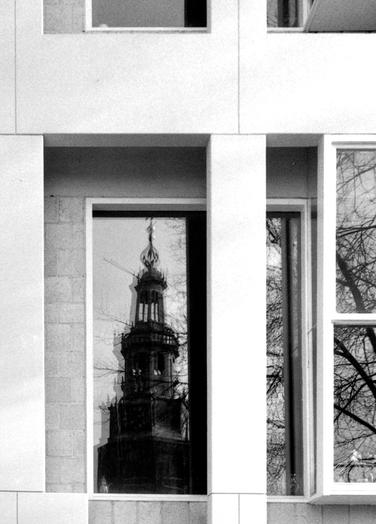 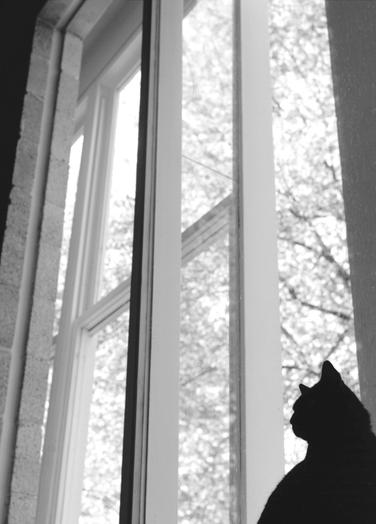 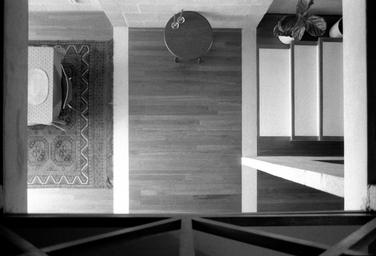 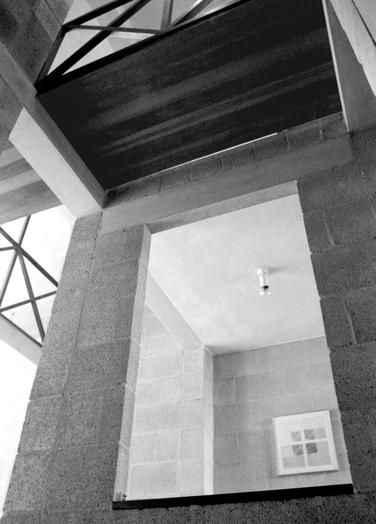 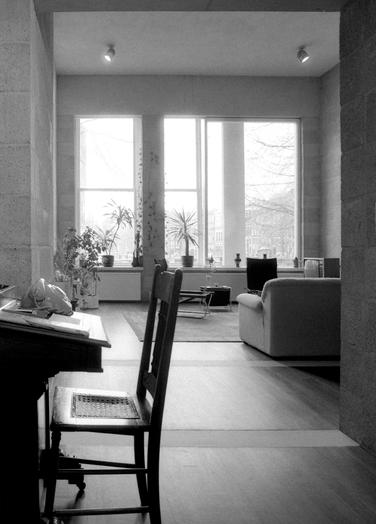 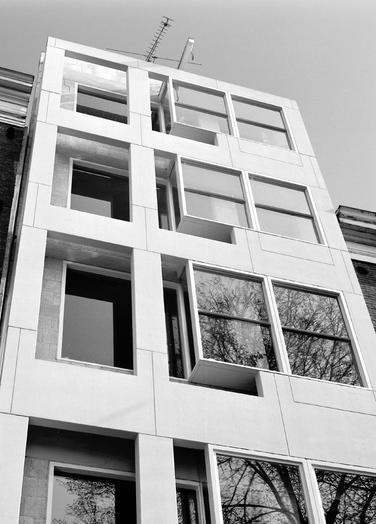 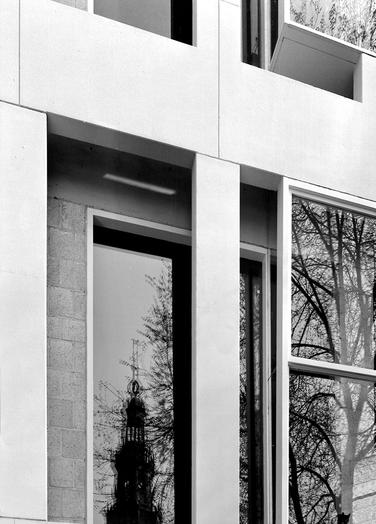 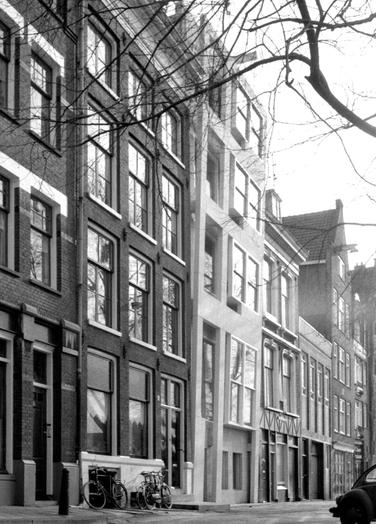 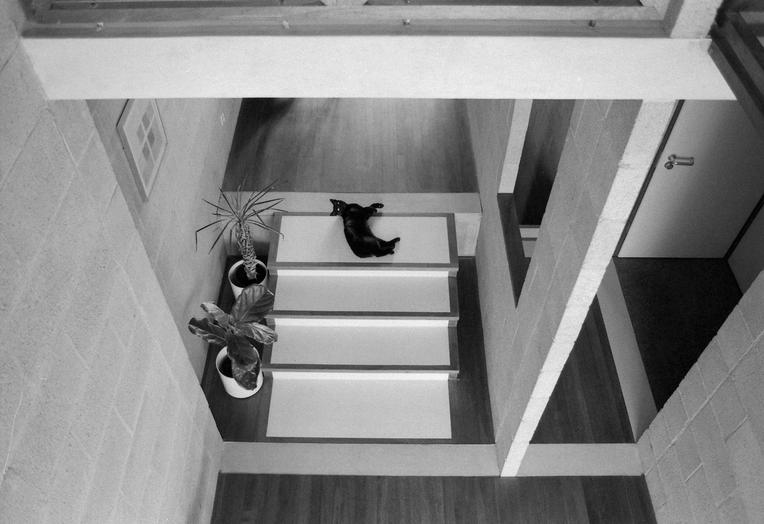 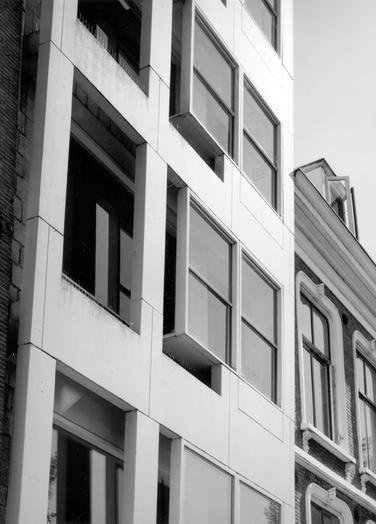 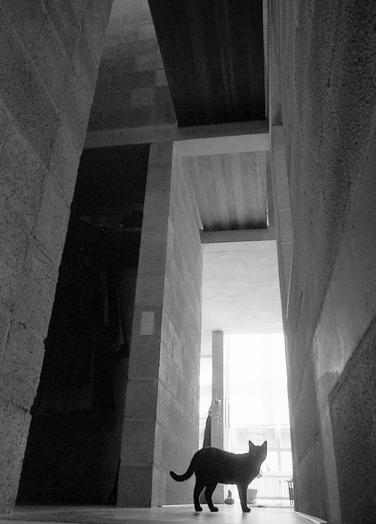 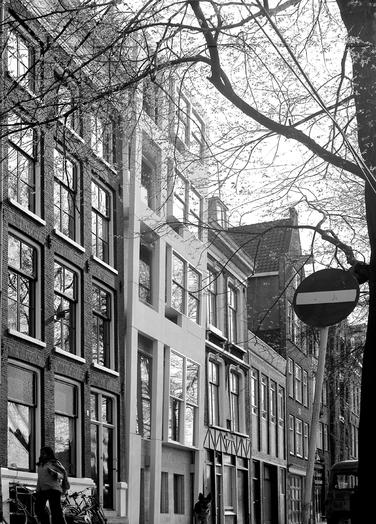 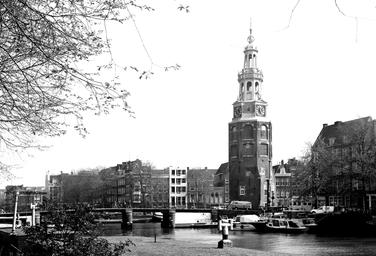 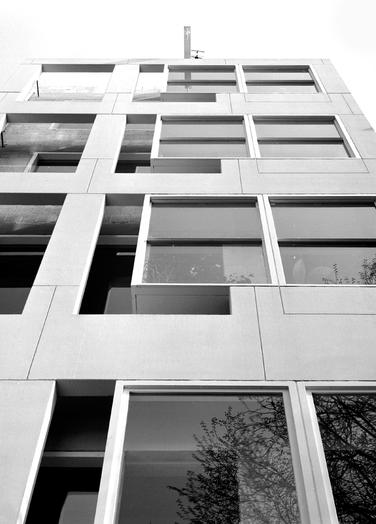 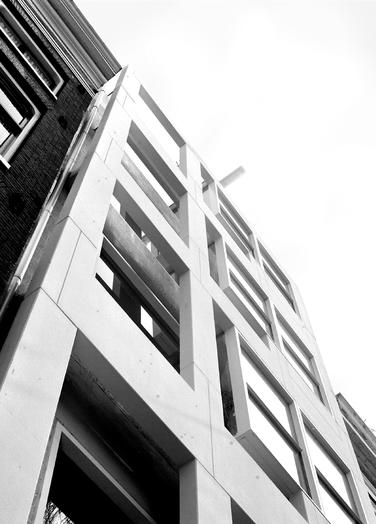 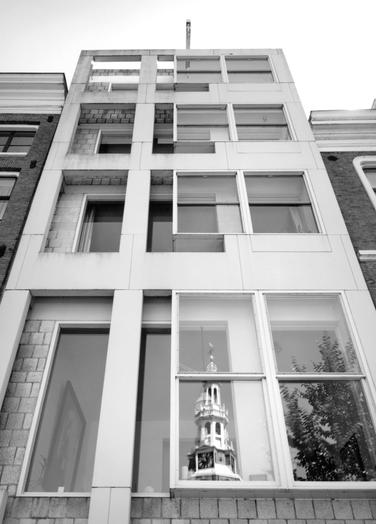 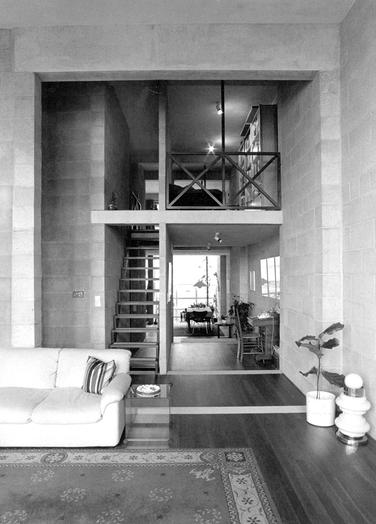 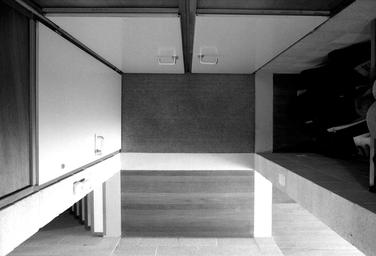