The process started with a search for appropriate points of departure for the design of a building on this site. Individual buildings of considerable variety, built in different styles and in different periods, set the special mood of this area of the Spaarne riverside. Despite these considerable differences, the buildings combine harmoniously. A new addition has to play an active part in the refined coherence of these highly individual facades. Like the many cherished monuments along the Spaarne, a new building should parade its individuality in proud, distinctive and imaginative design. At a gentle bend of the Spaarne, two identical facades join with amodest articulation. Each facade has stepped brickwork piers on either side. The steps of the piers support steel beams, from which a mast is suspended upright by means of steel cables. The upper part of the mast itself supports three horizontal steel Œyards'. The facade thus visually consists of a supporting and supported part. 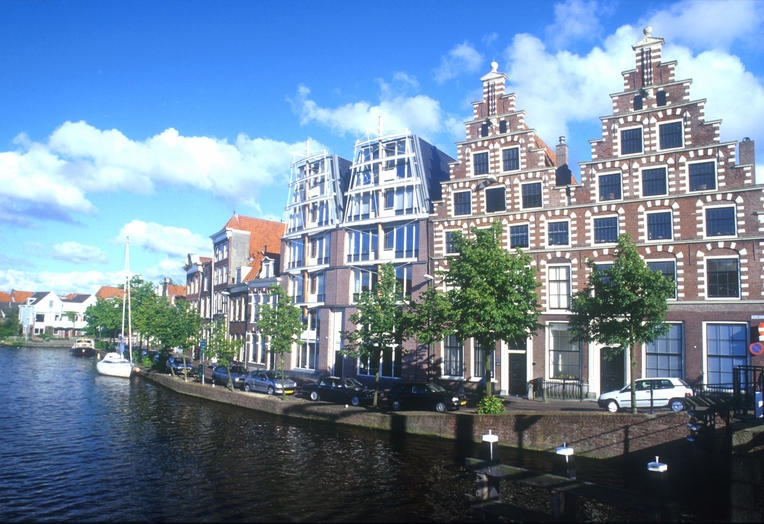 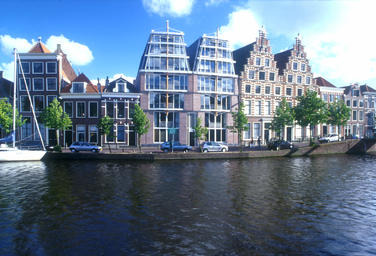 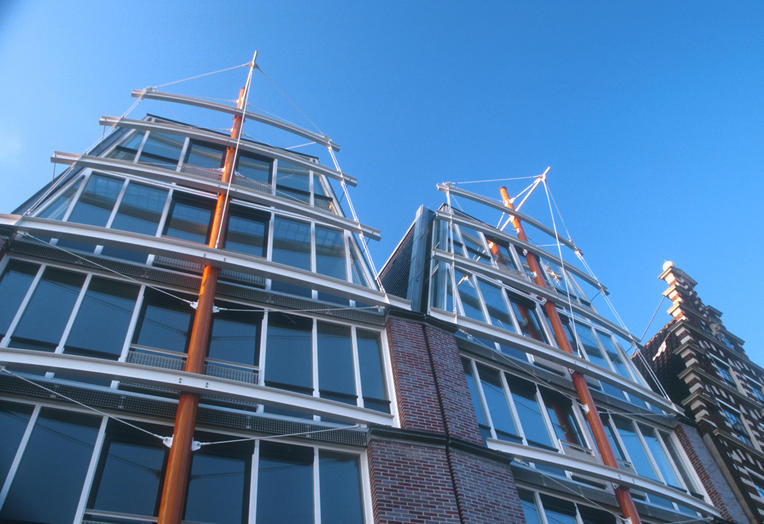 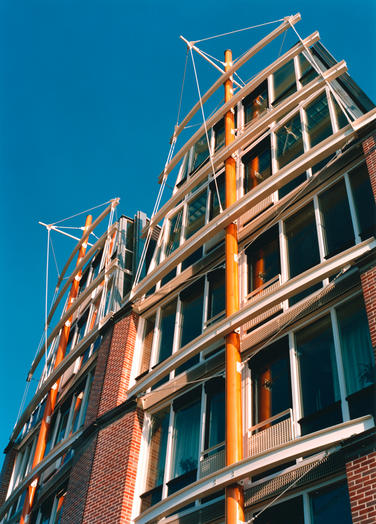 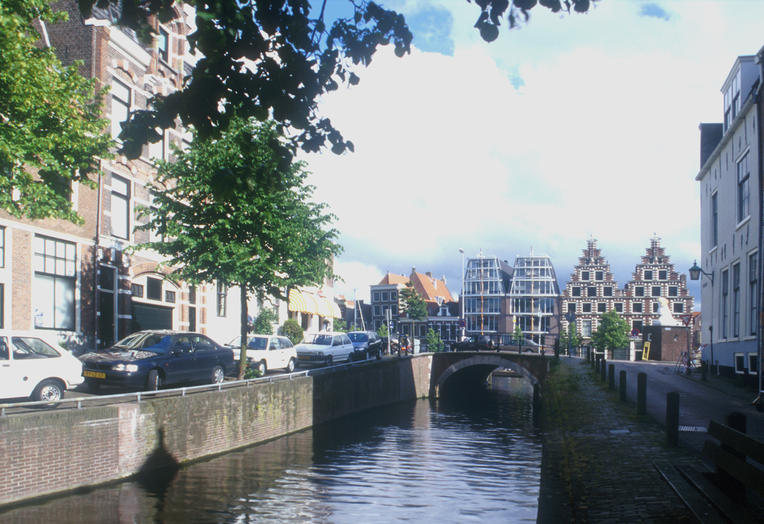 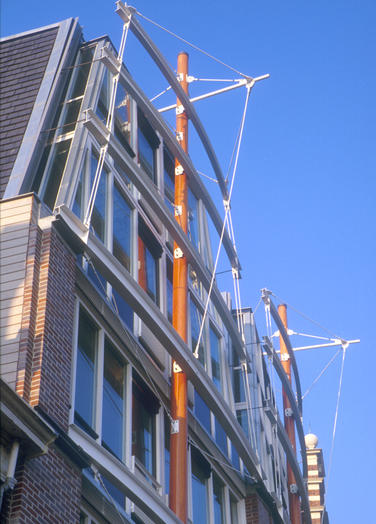 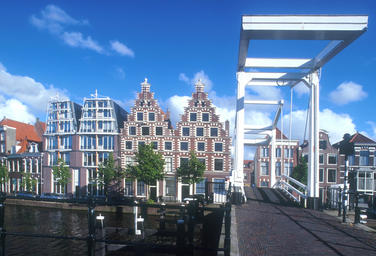 A new addition has to play an active part in the refined coherence of the highly individual facades at the Spaarne riverside. 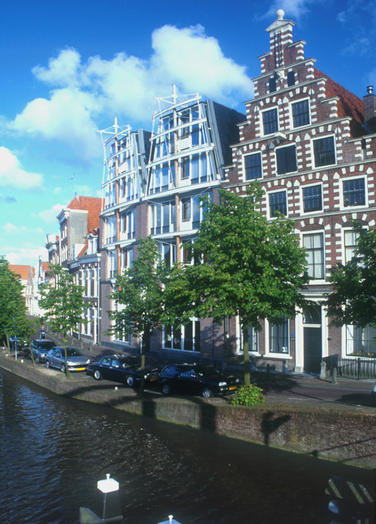 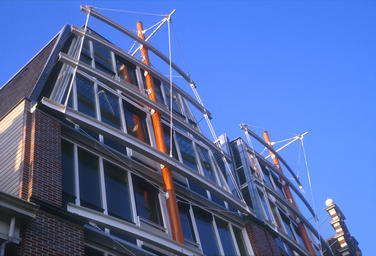