Both a square and a bridge. That is what architect Liesbeth van der Pol had in mind for the new ‘Lex van Deldenbrug’ bridge across the Boele Canal (Boelegracht), Amsterdam. ‘I have been inspired by the Torensluis bridge across the Singel,’ she says. ‘That bridge is magnificent, much more than just a bridge, it is a square. I wanted to achieve something similar at the Zuidas District.’ The Lex van Delden Bridge not only connects the Boelelaan with the Gershwinplein but more-over the city centre to the suburb. ‘That is why it is not just a means to cross on foot or by bike, but also offers the opportunity to give a moment’s thought to all that is happening in the city. To the Zuidas, that is ever-expanding, to the Boelelaan, which is much greener that people seem to realise, and to the water below you, which is flowing through all of Amsterdam.’ A bridge should not only be beautiful but also practical, according to Liesbeth van der Pol. ‘Soon, large numbers of cyclists will cross this bridge, particularly during peak hours. This makes safety very important. The cycle path is, therefore, well-connected to the Boelelaan. Safety at night was also a consideration. The lighting, incorporated into the specially designed high edges of the bridge, is not only attractive, but also clear. ‘The led lights in the pavement also show the way.  ‘It is a special place,  The bridge allows traffic to cross and at the same time it offers a stopping place, where one can comfortably sit down and have a good look around. Tables, chairs, and residents enjoying a glass of wine in the evening sun. That is the way I envisage this.’ 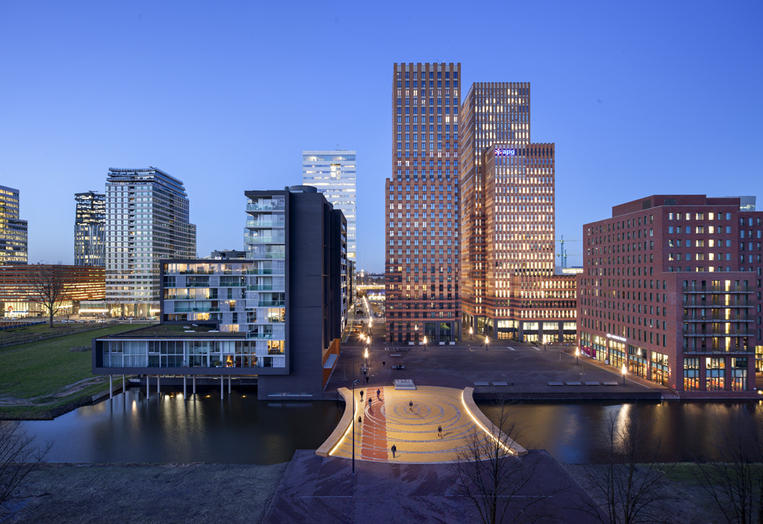 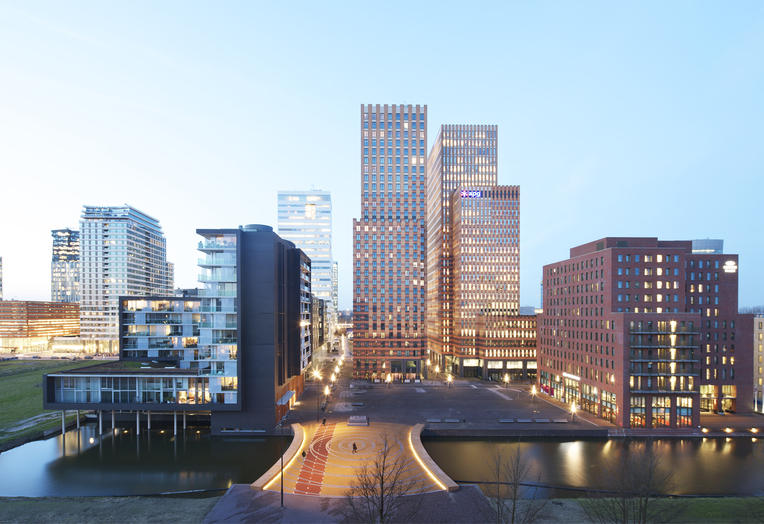 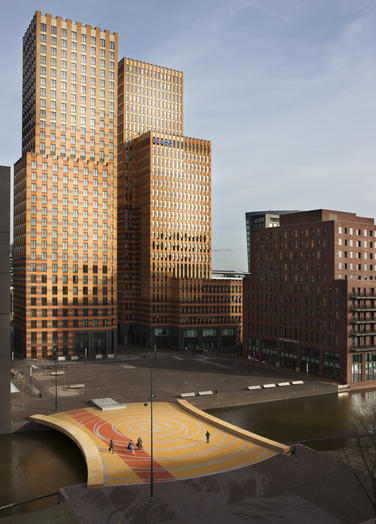 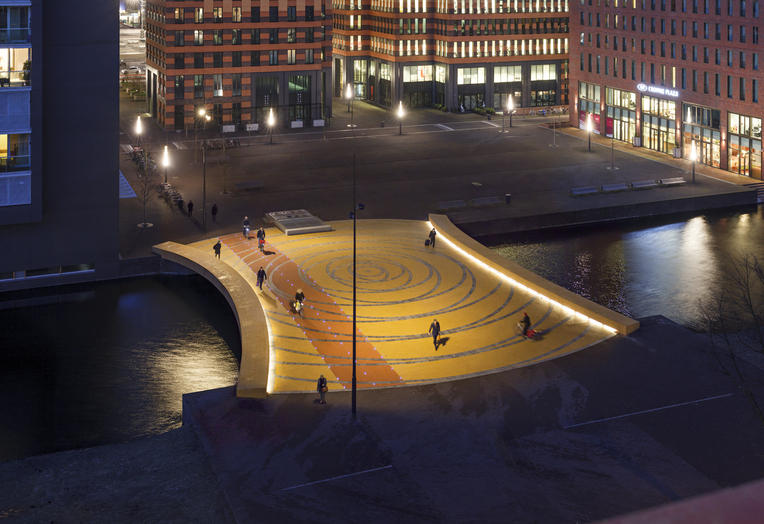 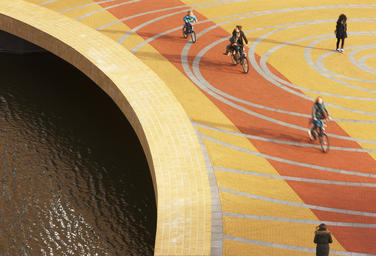 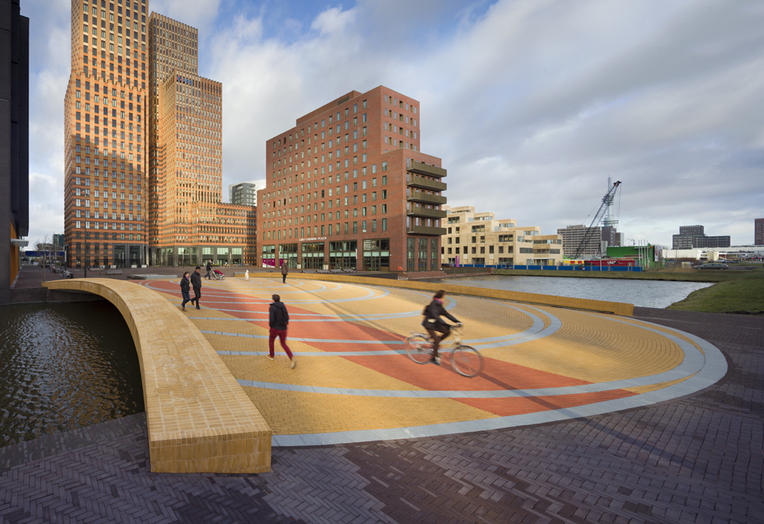 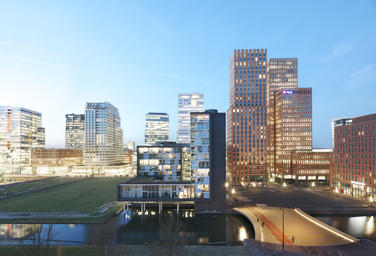 Tables, chairs, and residents enjoying a glass of wine in the evening sun. That is the way I envisage this. 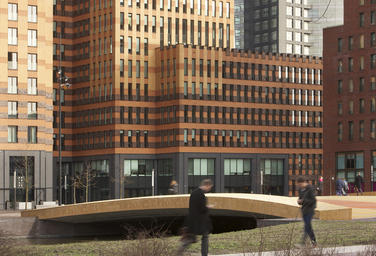 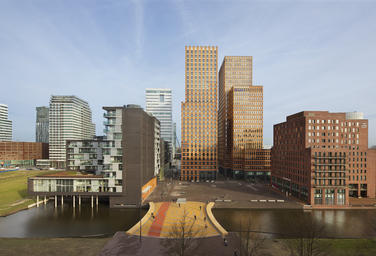 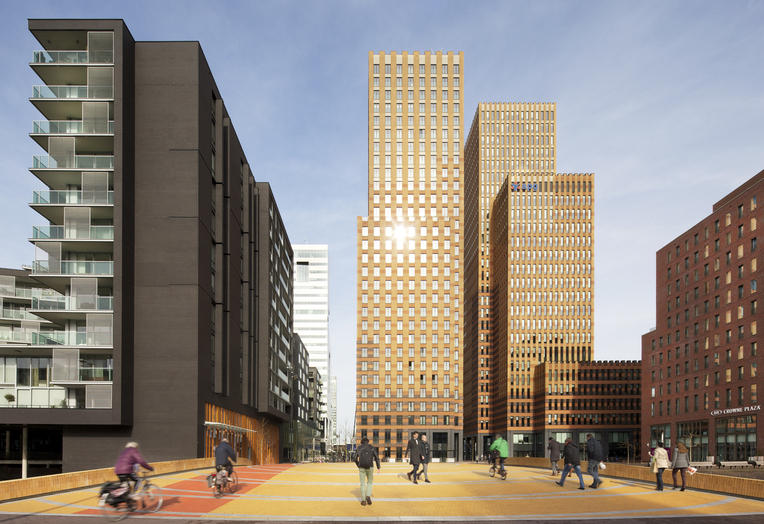 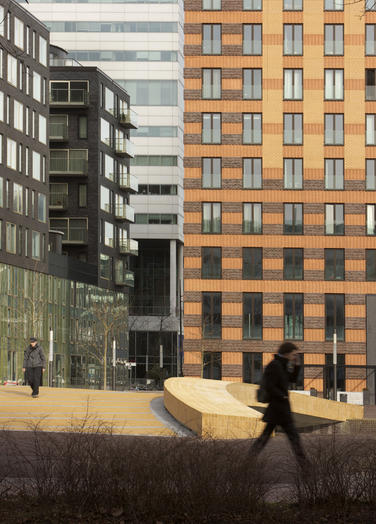 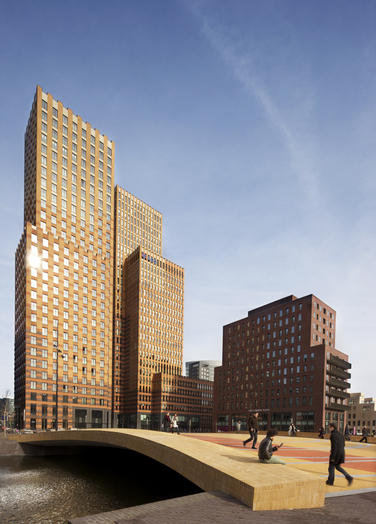