The Hoogoven Building in Delft, an outdated office block from the seventies, has been transformed into a Media Library. The quality of the old building, in the form of a transparent and therefore flexible structural frame, has been brought into play in order to shape the organization for its new functions. Shops, restaurants and cafés, apartments and bicycle storage are also included in this project. The most important architectural and spatial intervention of the building is the continuous roof light, with
a striking glass roof stretching across the entire width of the building. An atrium connects the various floors and functions. The warm, soft
materials of the interior bridge the gap between the hard industrial structural frame and the building’s current use.

In 2009, the Media Centre was declared the best library of the Netherlands. 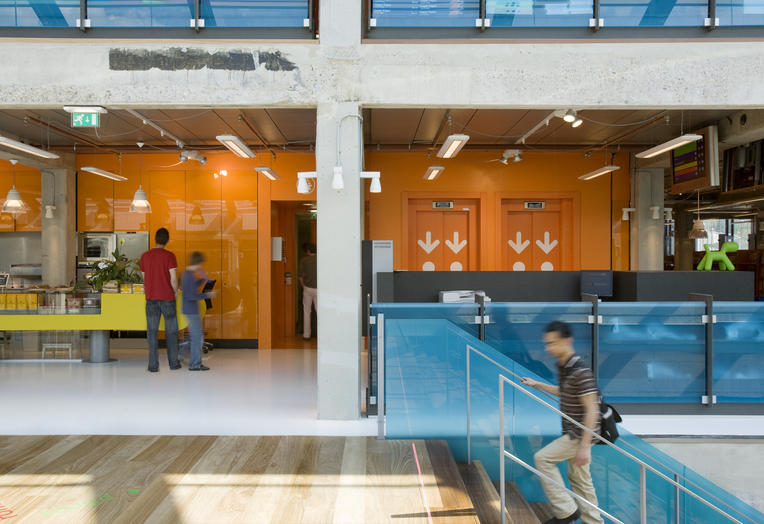 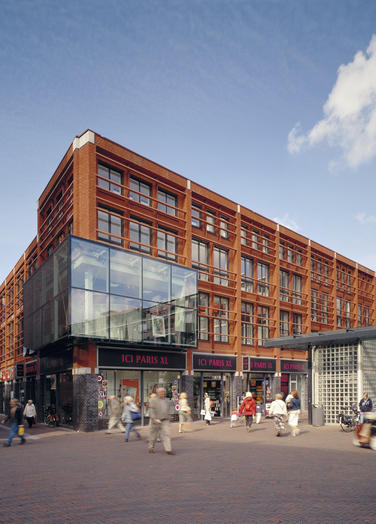 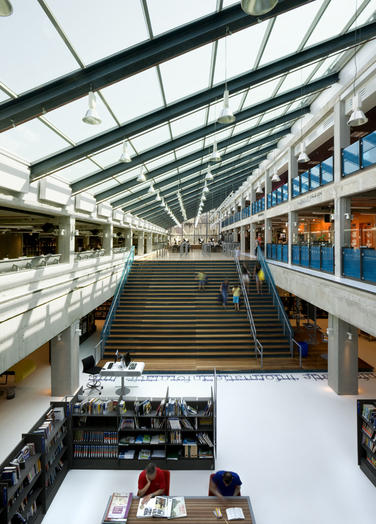 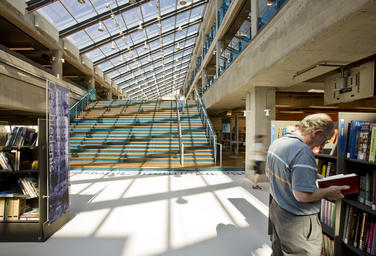 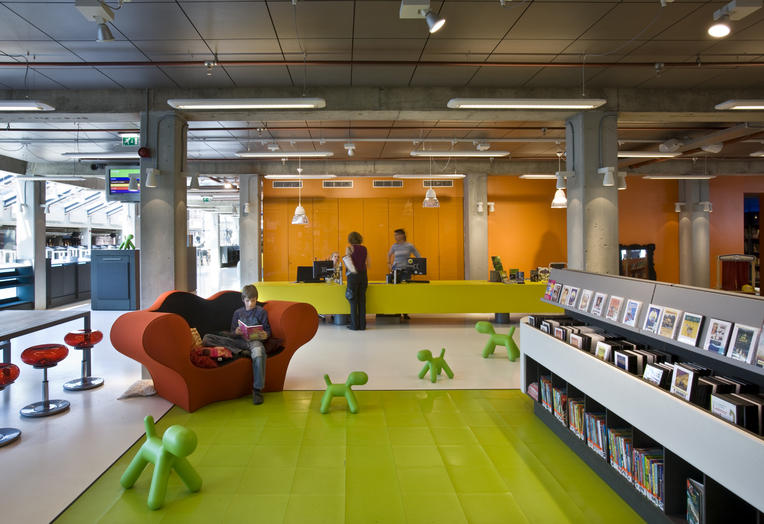 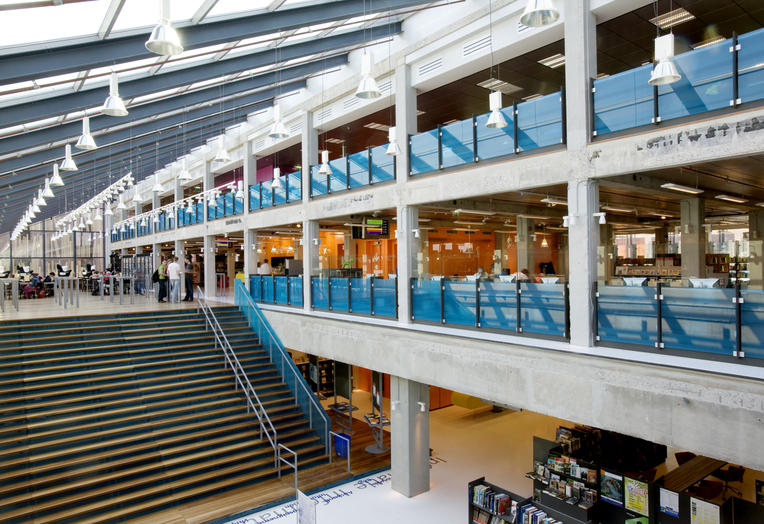 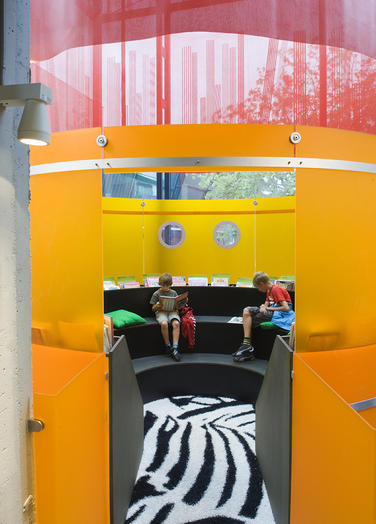 Transparent, spacial structure, each function its own atmosphere. 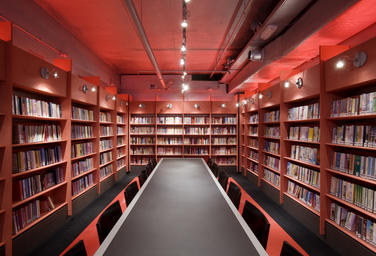 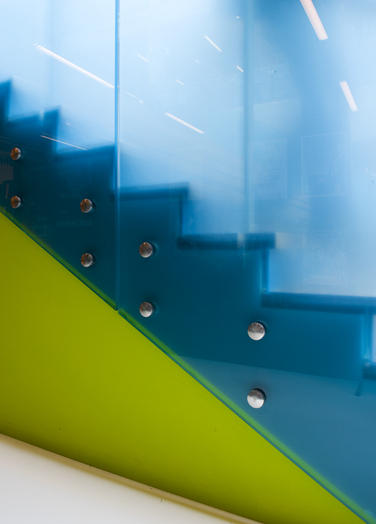 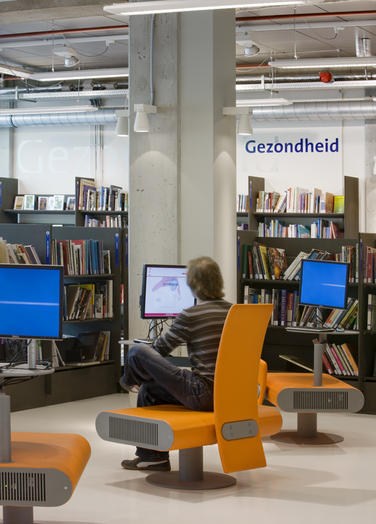 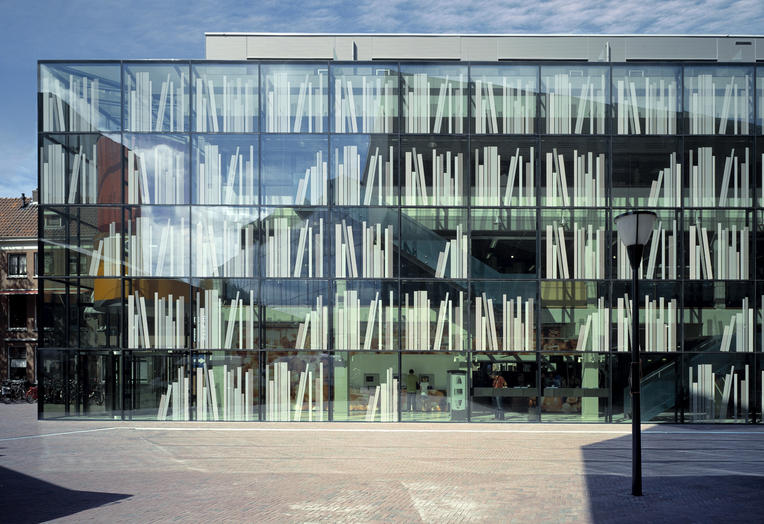 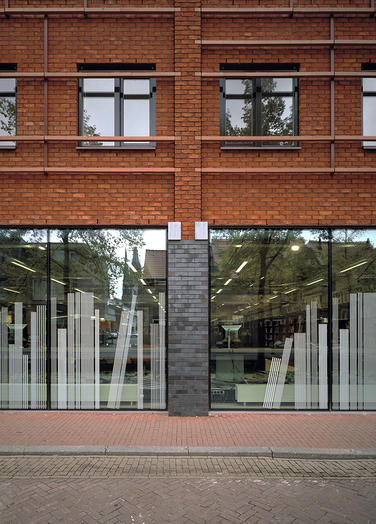 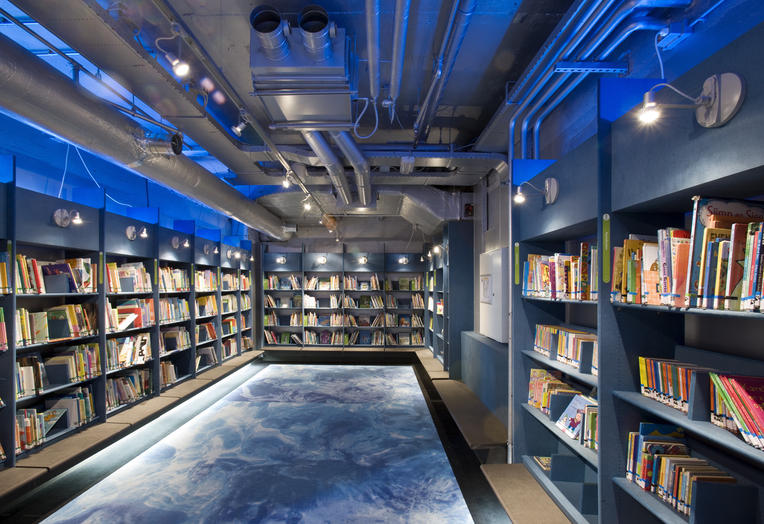 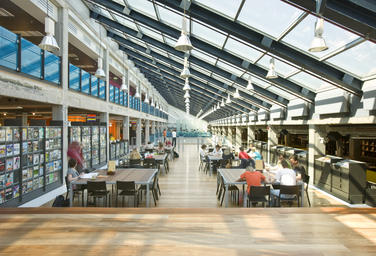 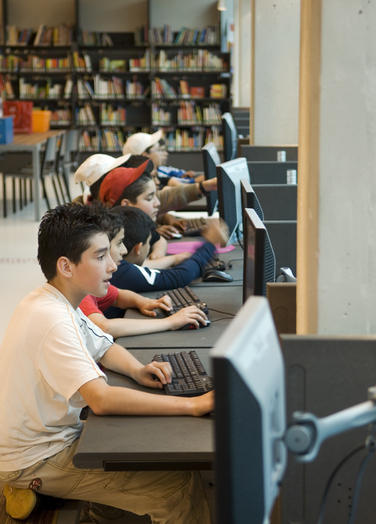 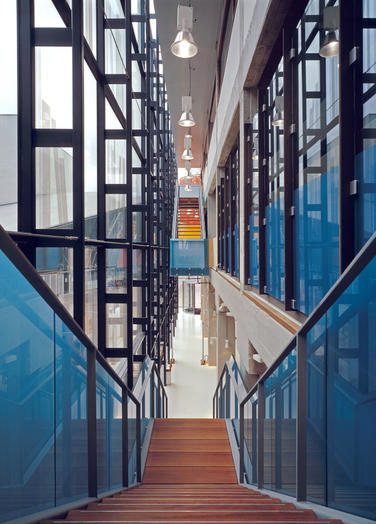 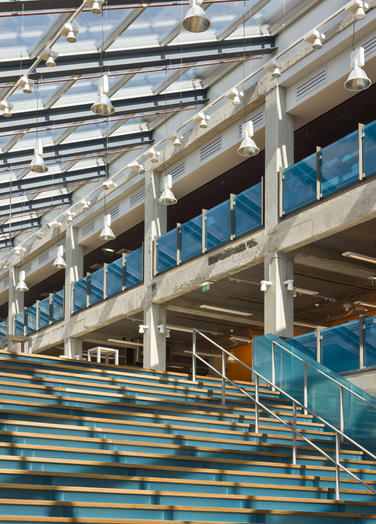 In 2009, the Media Centre was declared the best library of the Netherlands. 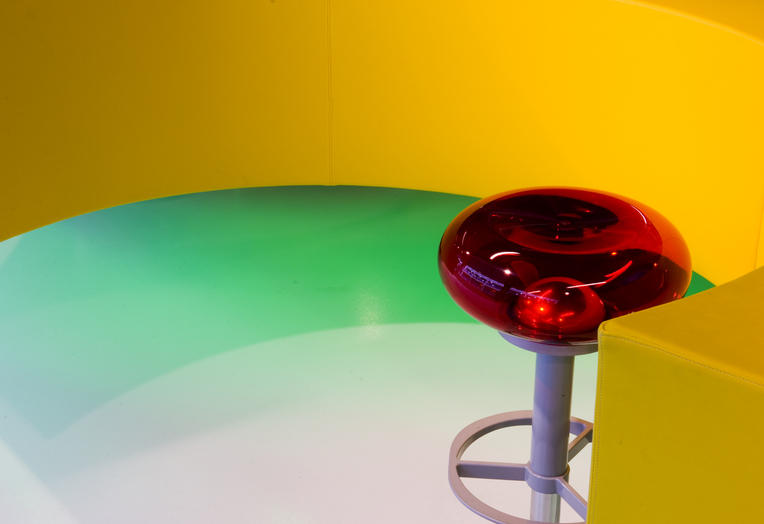 Integrated design where all components are perfectly adjusted to each other. 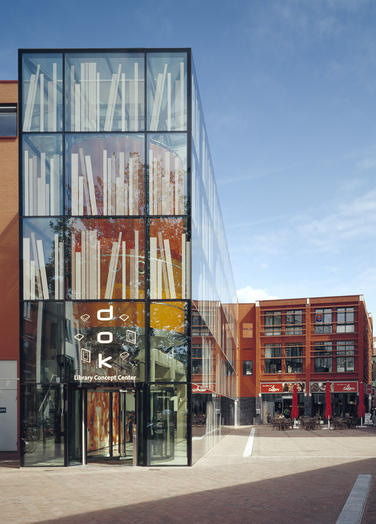 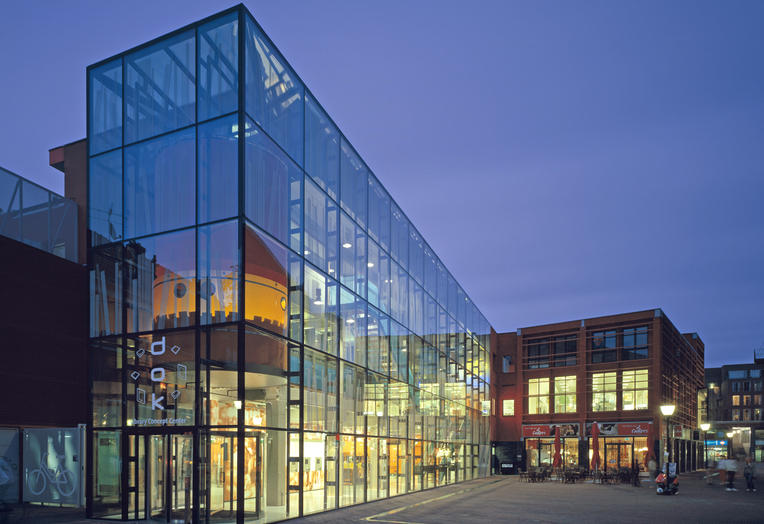