With its location on the North Holland canal in the middle of the still-present polder structure of North Amsterdam, the small-scale set-up of the Northern Cemetery (1931) evokes a special feeling of intimacy. Herman Zeinstra and Gianni Cito created the design for a modernization, where the positioning in the landscape, the existing buildings, the funeral ritual and the simple structure of the cemetery all play an important role. The central axis, which runs alongside a systematic sequence of rooms framed by tall trees, is continued on towards the new entrance of the cemetery, at right angles to the canal. The route then leads alongside a pond to the reception area located in an existing building built in the Amsterdam School style, which forms the centre of the design. Parking is possible under the trees near the entrance. From the reception area, the transparent chapel behind can be seen; it is situated on a second pond which is mirrored over the axis. Natural light seeps inside through bands of glass in the high roof of the chapel, so the sky is also visible. After the service, the doors of the chapel are opened and the guests can accompany the coffin to the grave. A grand pergola with columns and a glass roof links the main buildings on the axis and the pavilions on either side, which contain the crematory, offices, a condolence area and viewing area. The ritual of the funeral is so important for consolation and remembrance. The buildings support and guide the ritual, from inside to outside. The pergola as circuit, the route beside the pond to the reception area, the sound of crunching gravel, the shadow of the trees, the light reflected in the water – all these things contribute to the ritual and provide time for contemplation and solace. 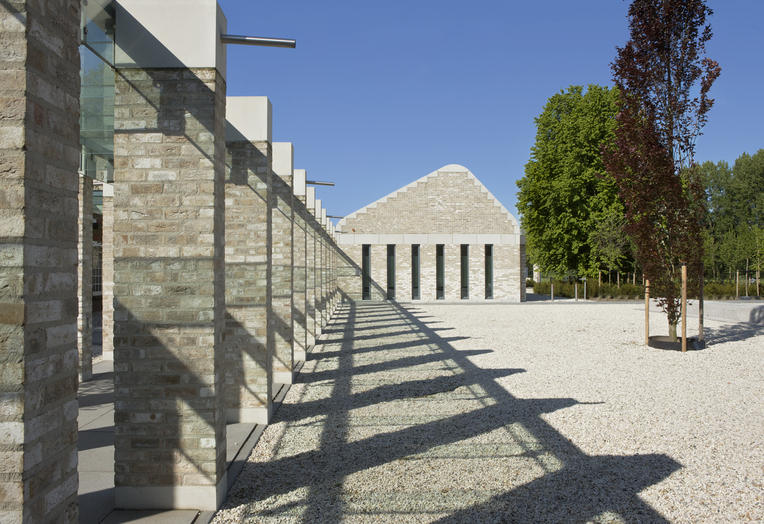 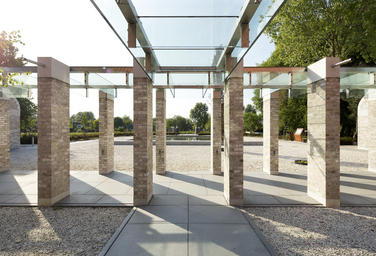 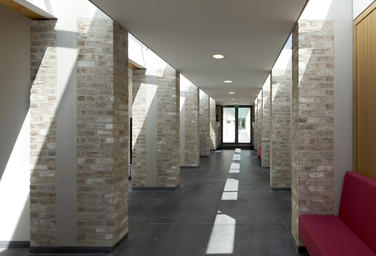 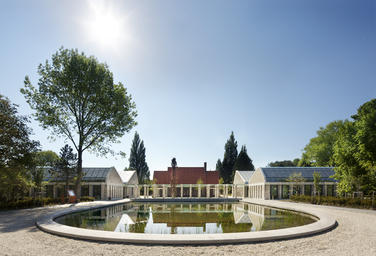 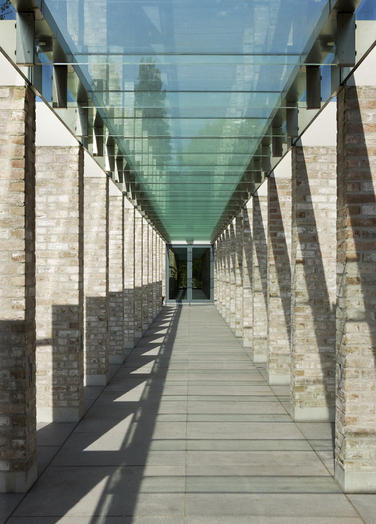 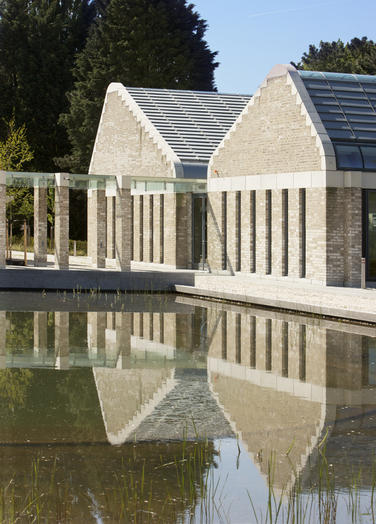 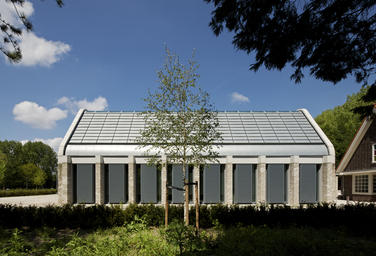 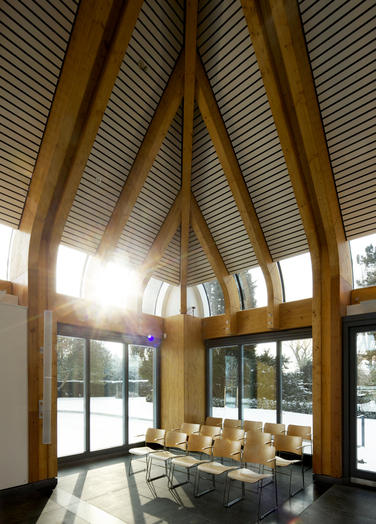 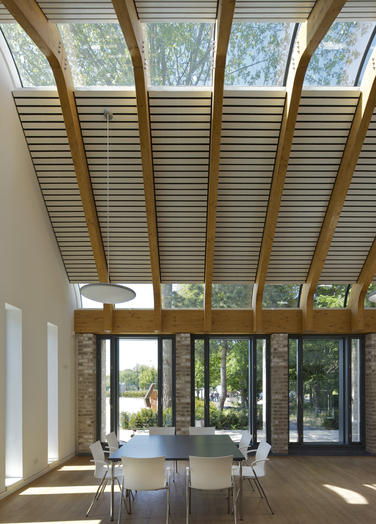 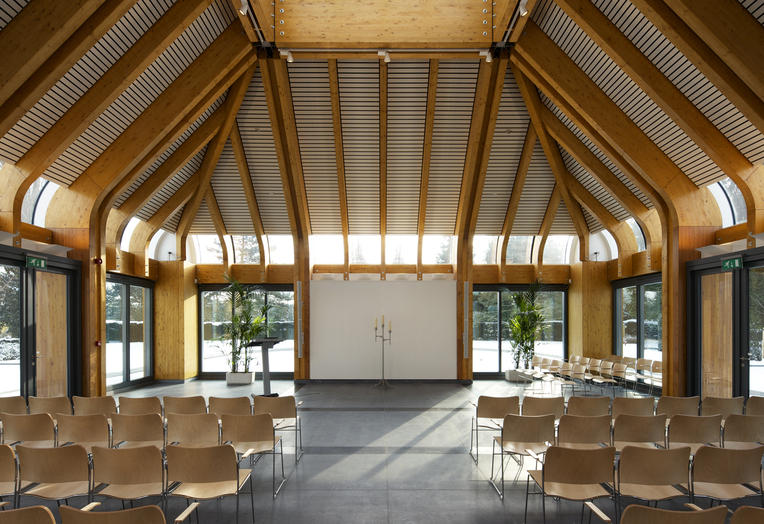 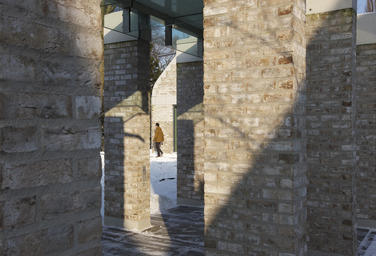 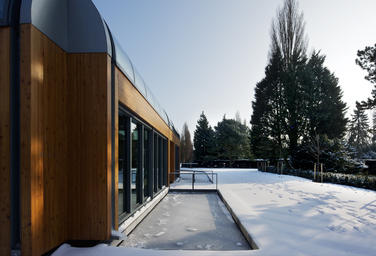 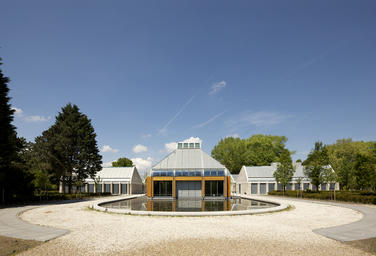 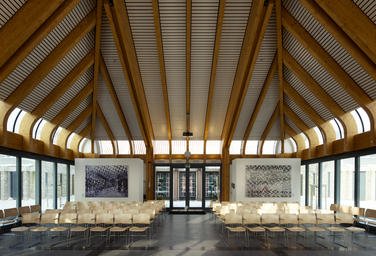 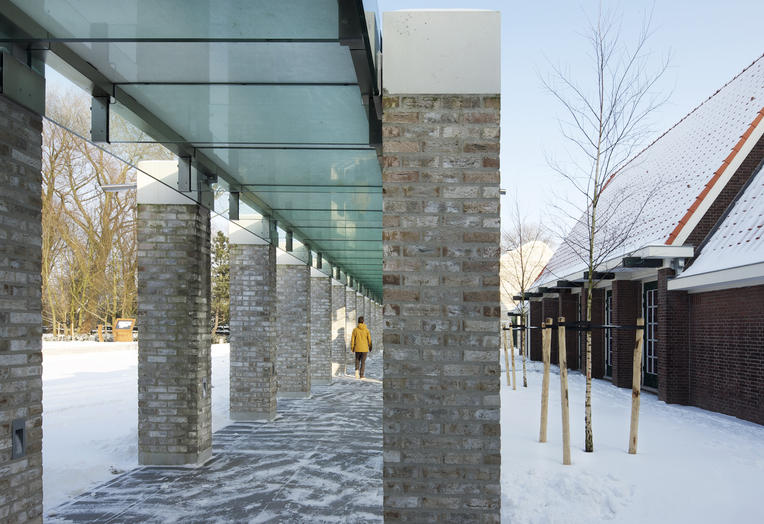 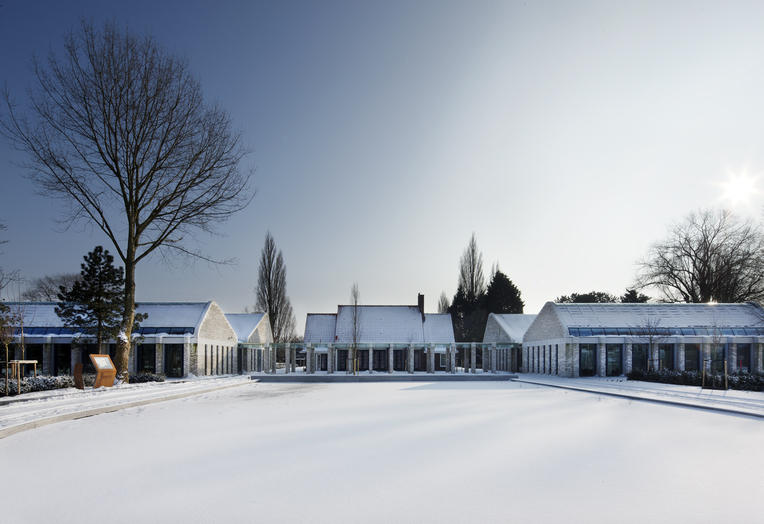 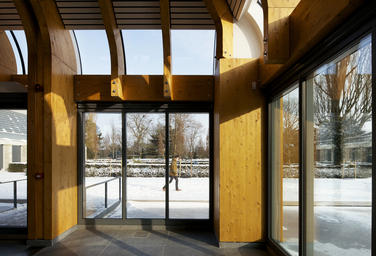 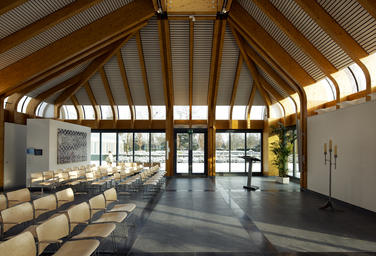 Natural light seeps inside through bands of glass in the high roof of the chapel, so the sky is also visible. 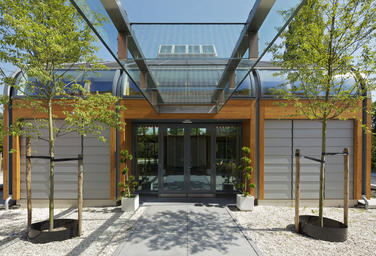 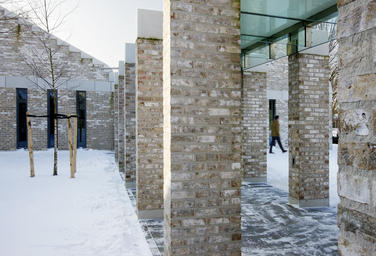