In Bergse Plaat, a suburb of Bergen of Zoom, three architects worked in a close collaboration on an apartment complex beside the water. The building presents itself as a unity, but the separate designs have its own character with regard to access, ground plan of the appartment, and finishing. Erna van Sambeek designed the northern part, Ineke Hulshof the middle part and Liesbeth van der Pol the southern part that consists of four apartments per story. The entrance is situated at a raised square in front of the building, and a large wooden door gives acces to the staircase and the outdoor corridor. The apartments are wide and have a large hall onto wich all of the rooms open. Each apartment is characterised by the two bays, that are situated next to the living room and the balcony. The bays are constructed in aluminium and glass, a combination wich continues up to the horizontal surface of the roof. The outdoor corridor has glass strips to make the stairs easily visible. A dynamic picture emerges from the distribution of the stairs among the access corridors. 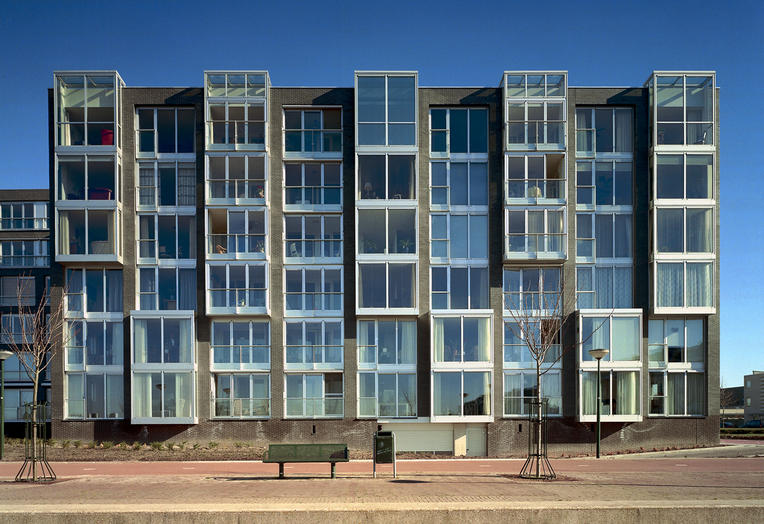 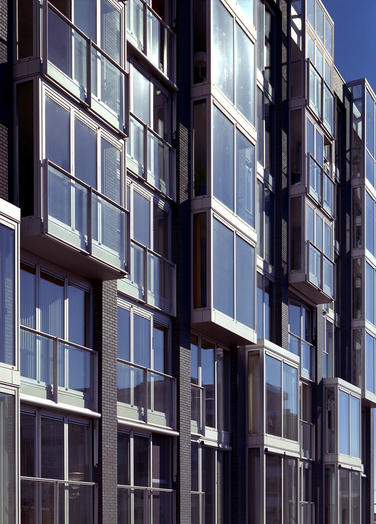 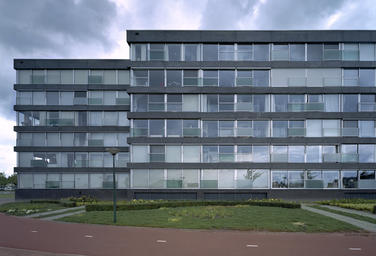 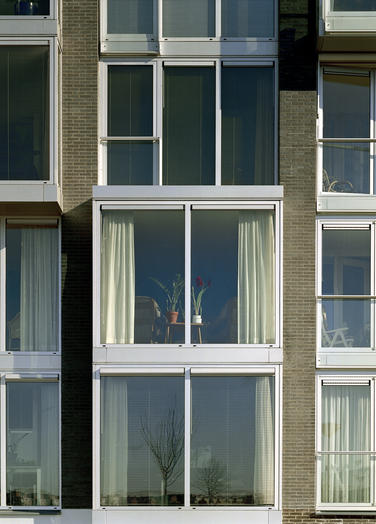 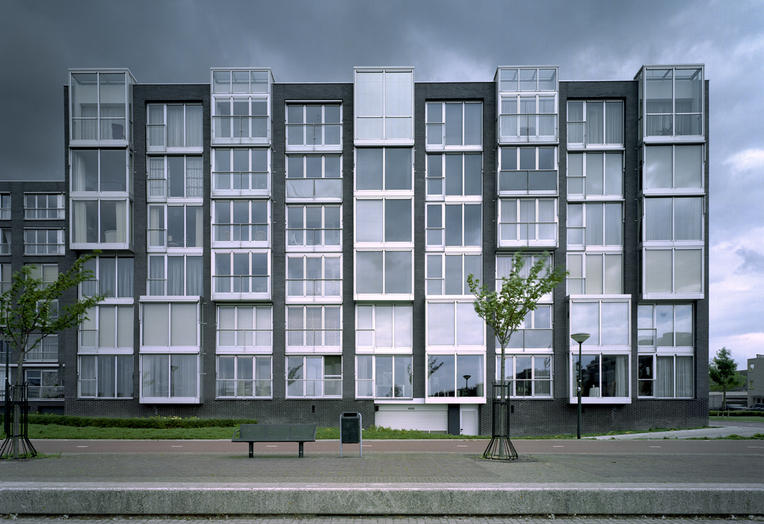 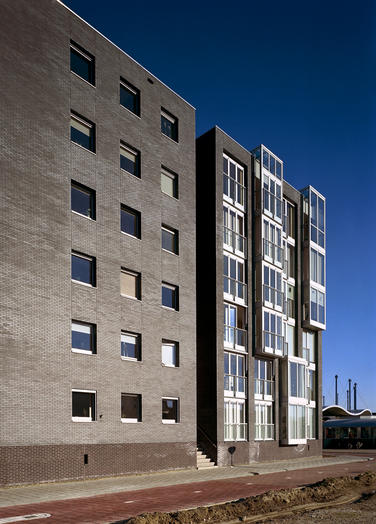 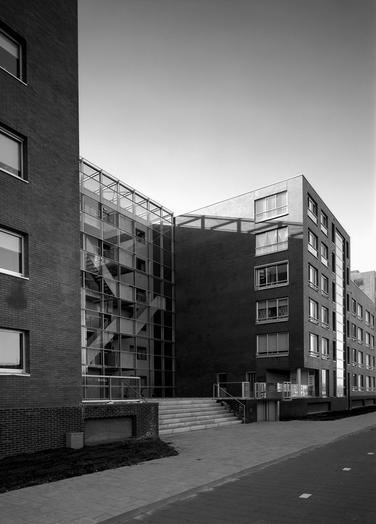 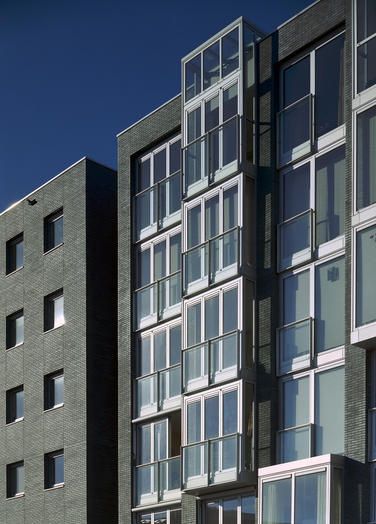 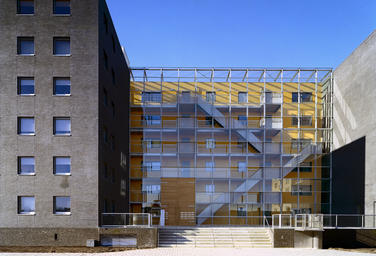 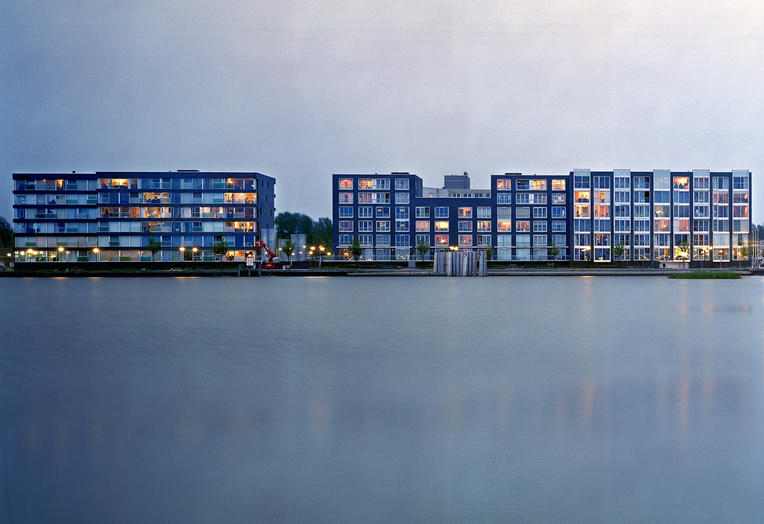 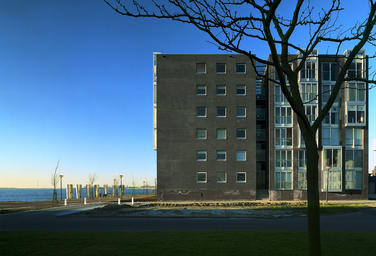 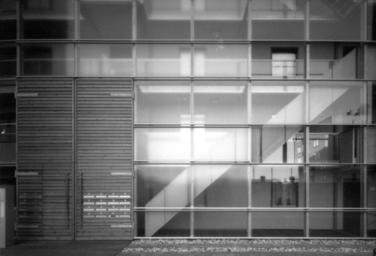 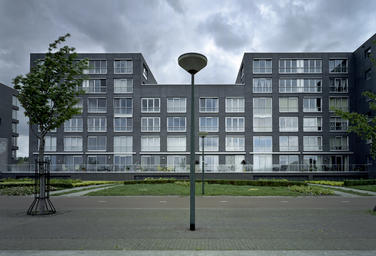 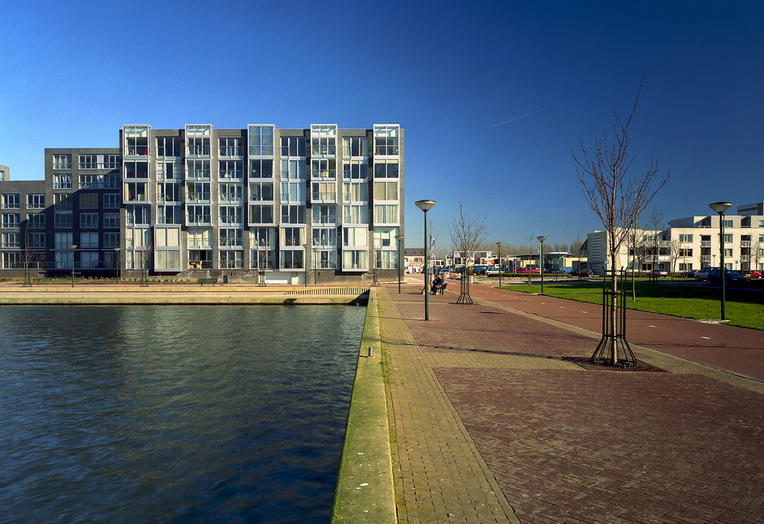 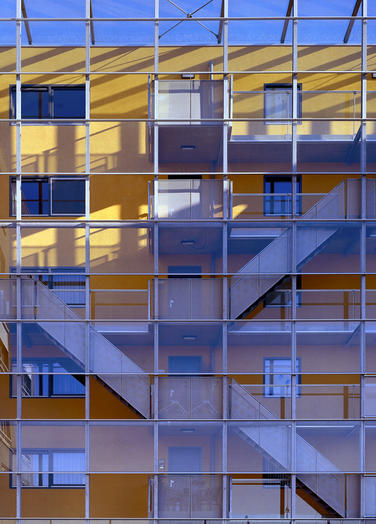 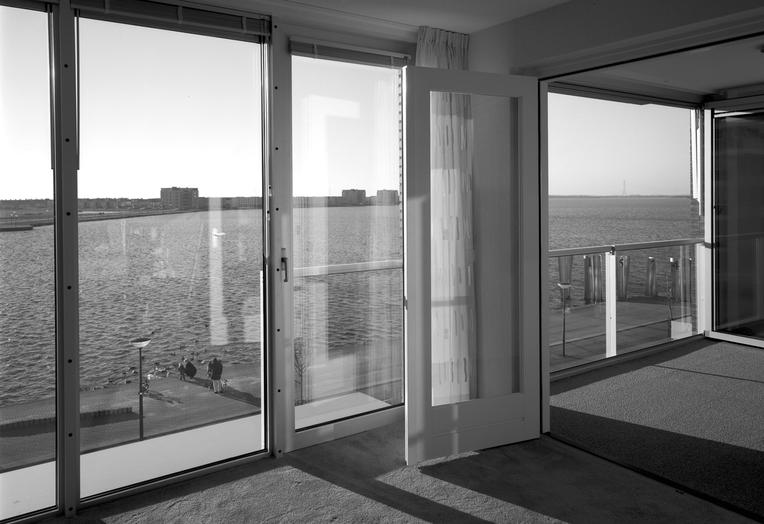 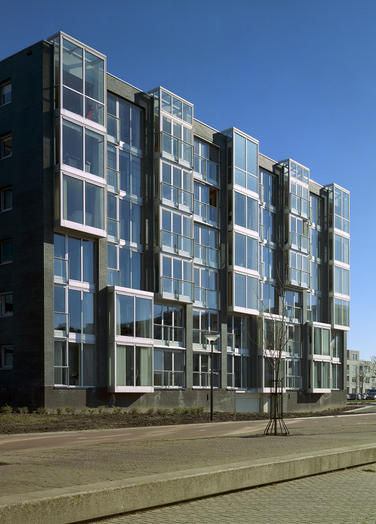