A new residential area is developing to the east of Den Bosch called De Groote Wielen. One section of it is a project known as De Watertuinen. It comprises 24 white villas, built on the edge of a lake, fringed with green plains. The villas are linked up and yet separate, floating as it were on their island, giving the project the appearance of a floating city. The villas were inspired by American structural woodwork constructions from the 19th century, but the techniques used are very much contemporary. The islands evoke a romantic sense of isolation and magnificence. This is amplified by the widespread use of doors and high, open porches, which bring the outside inside and vice versa. Each villa enjoys its own view across the water and is at the same time reflected in the water, thus making its mark on the surrounding natural environment and creating a sense of unity. 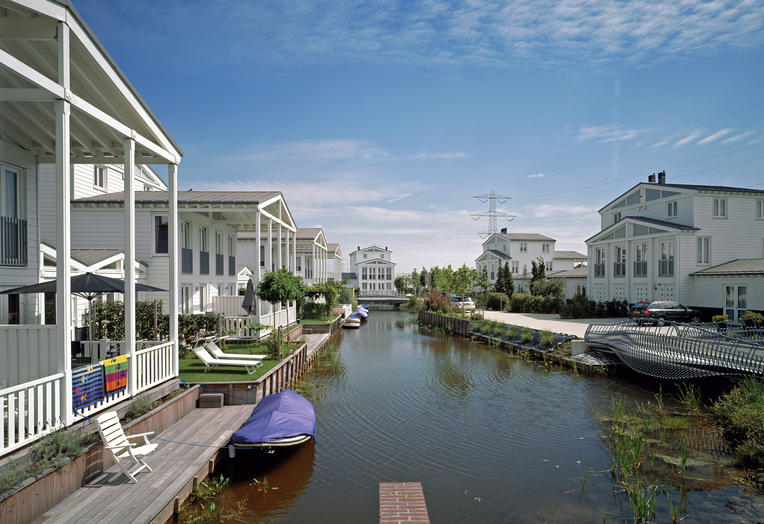 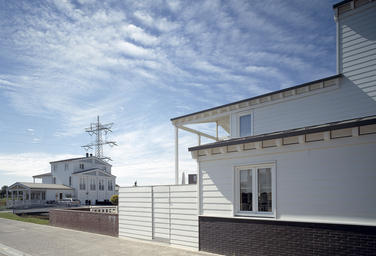 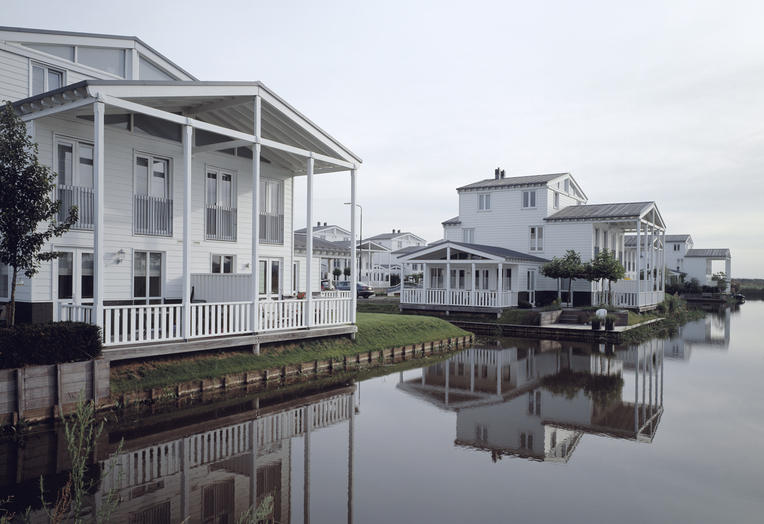 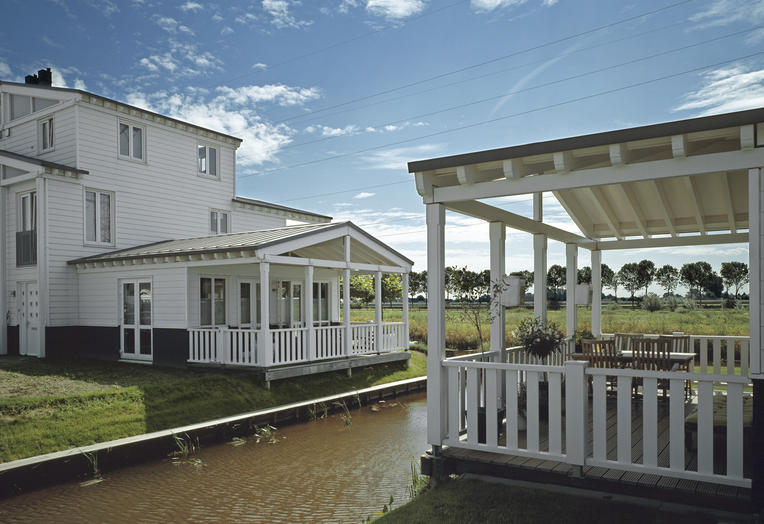 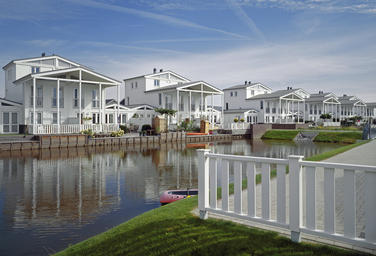 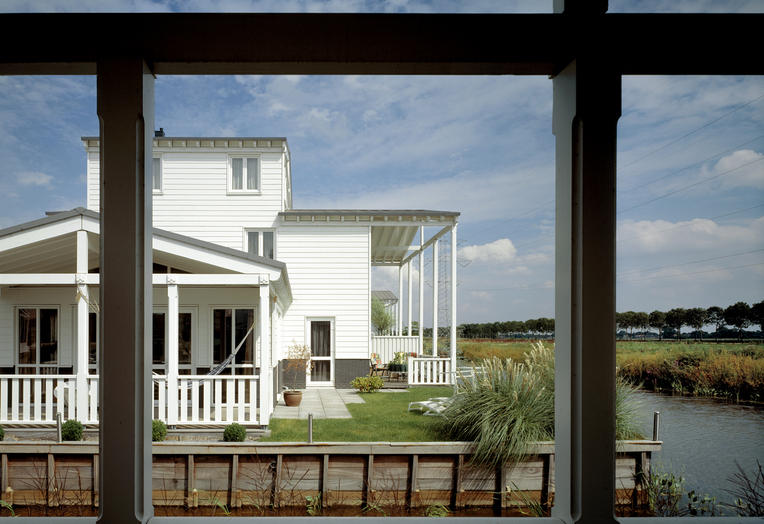 Contrasting with the autumn skies, these sparkling white villas reveal their stunning beauty. 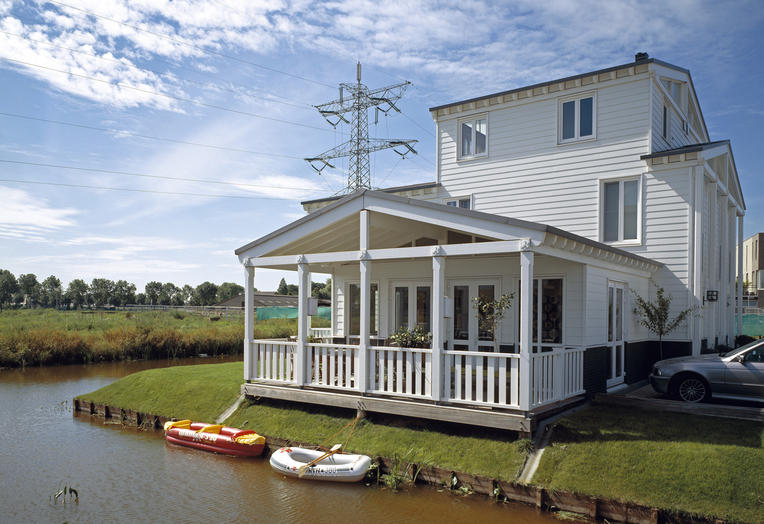 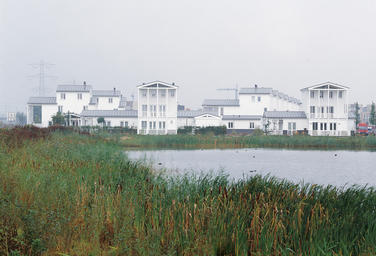 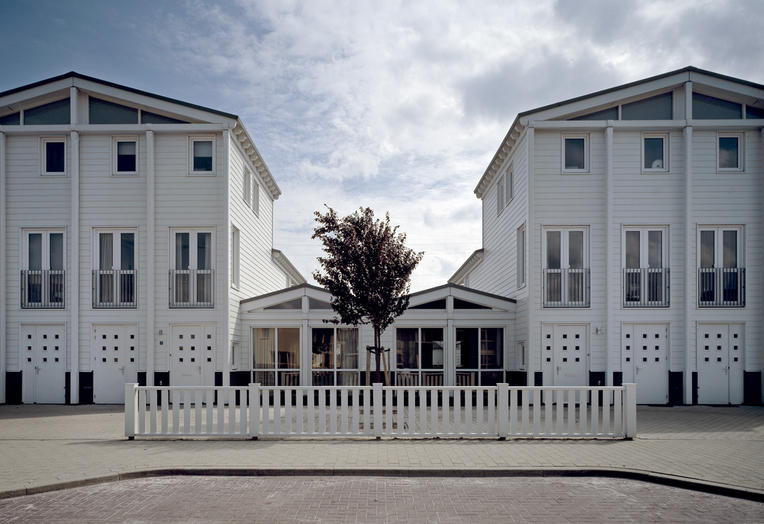 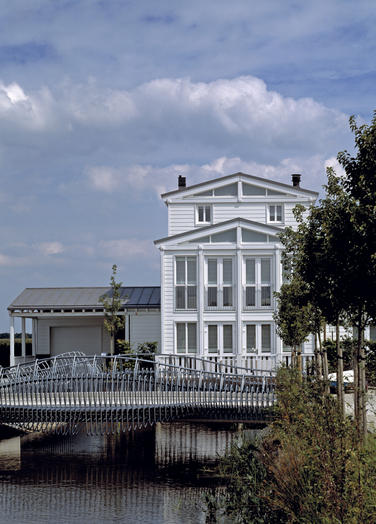 Each villa enjoys its own view across the water and is at the same time reflected in the water. 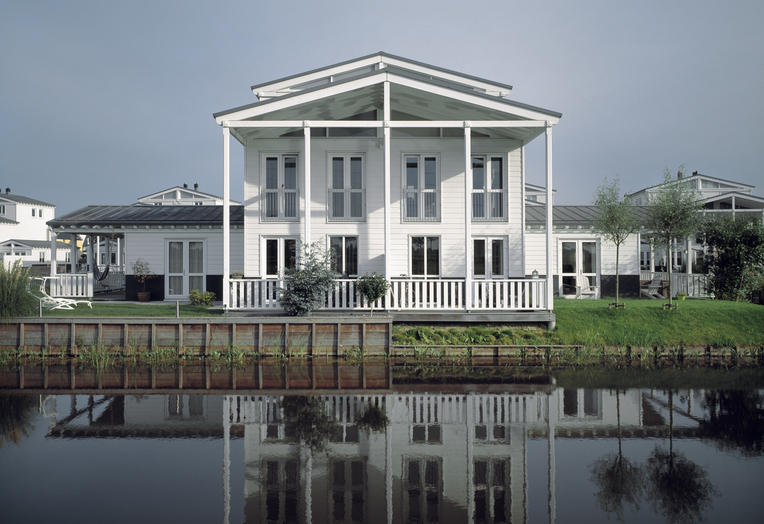 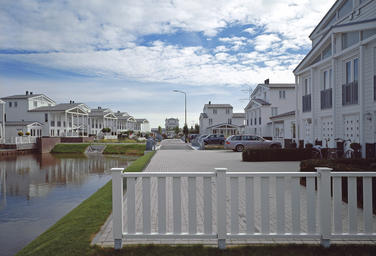 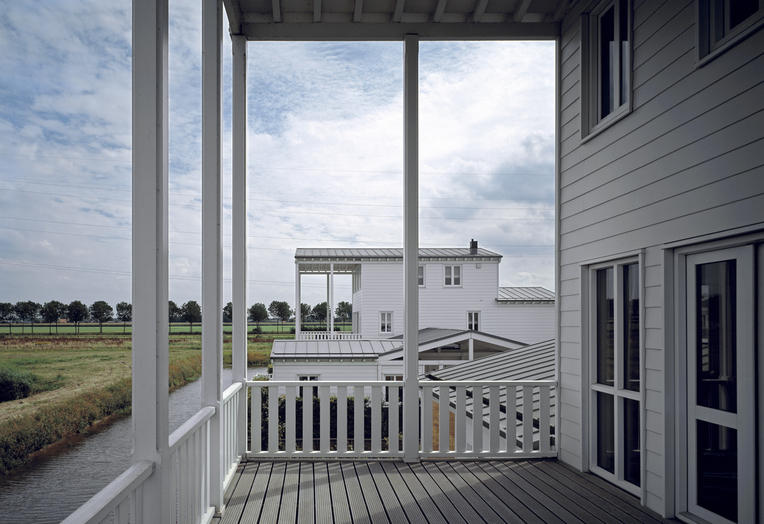 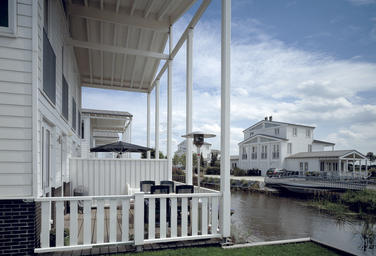 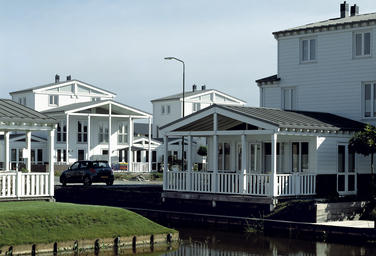 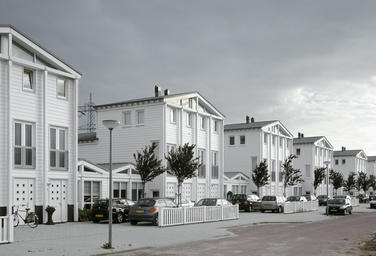 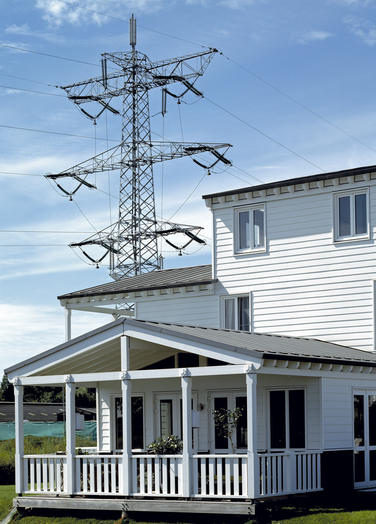 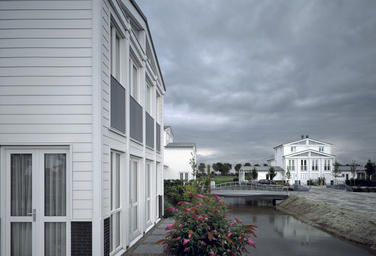 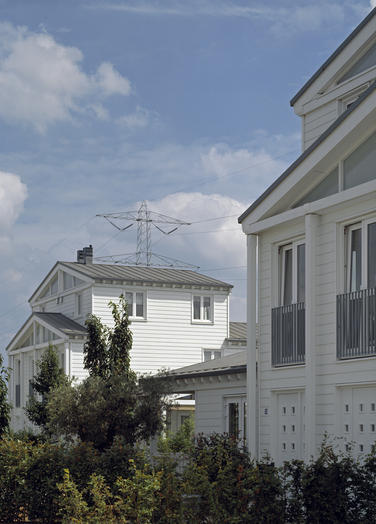 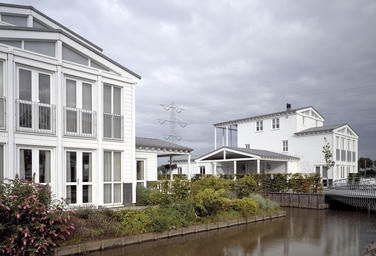