Aquartis was build on the site of a former coal storage unit, the supporting wall of this old building has been preserved and has become part of the new building. Aquartis is a forceful structure with a unique atmosphere referring to a wharf. It adapts to the surrounding buildings, whilst competing for attention with its neighbours; the city zoo, a row of warehouses and the sluice gates. The building takes up the whole length of the plot. The specific tapared form of the building characterises it and gives it a 19th-century feel. The existing supporting wall has been integrated in a new plinth, a rhythm of brick piers. The front façade is built up with wooden frames filled with glass which can fold inward, opened fully to maximise light and views. The extensive use of glass gives the building a modern look suited for a new housing project. 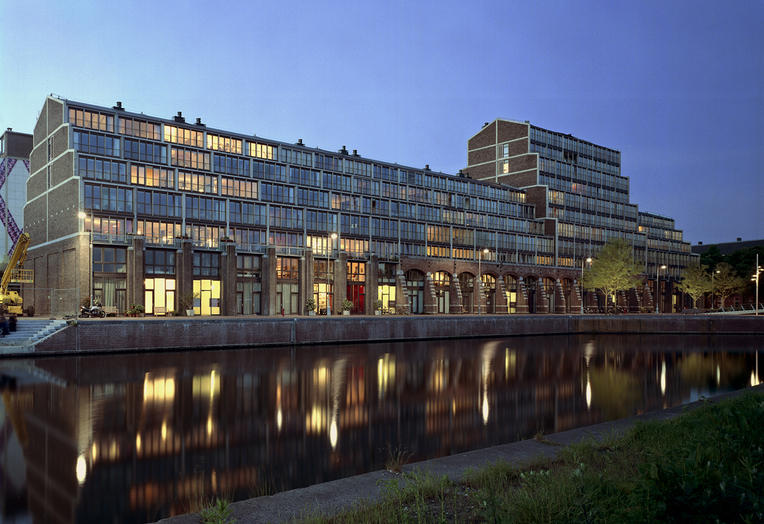 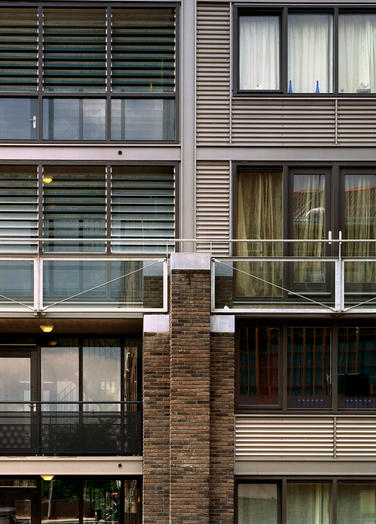 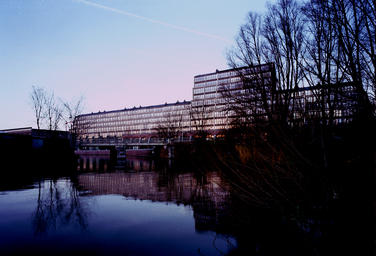 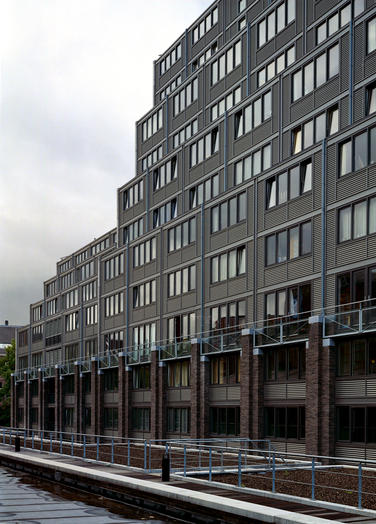 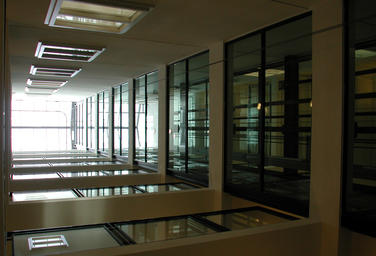 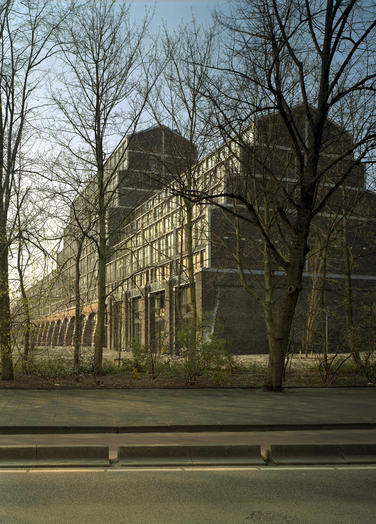 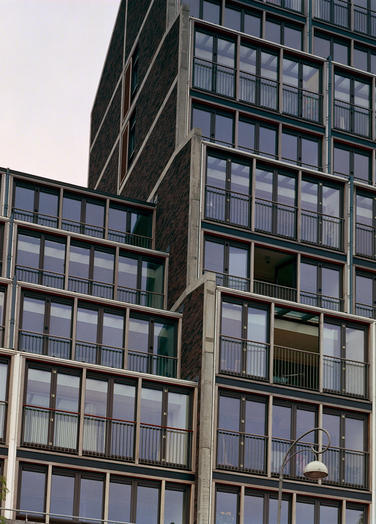 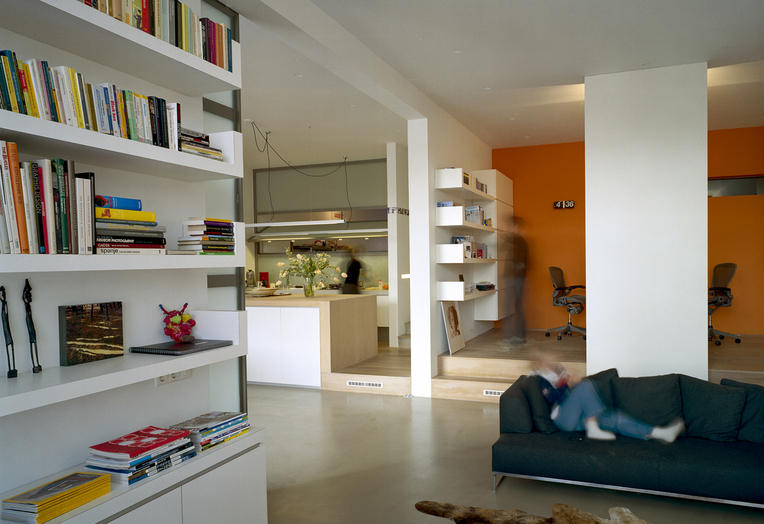 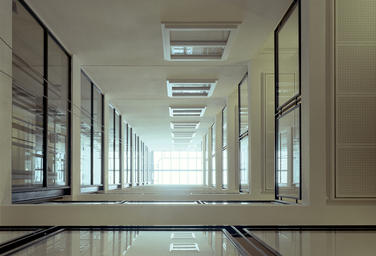 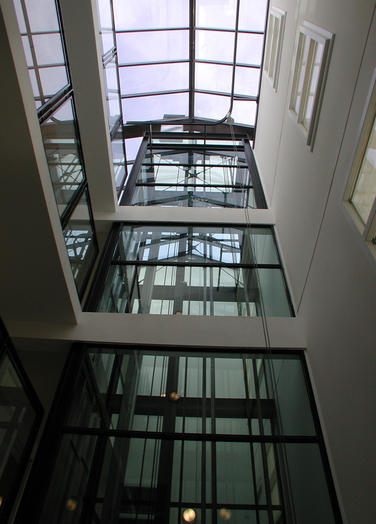 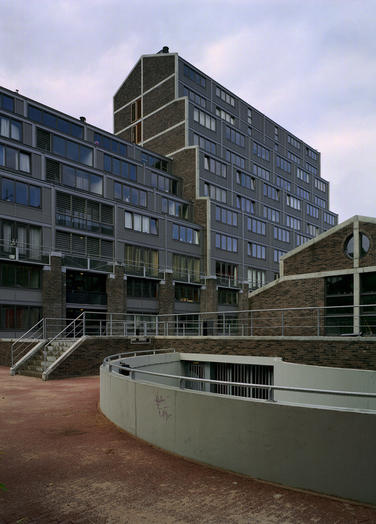 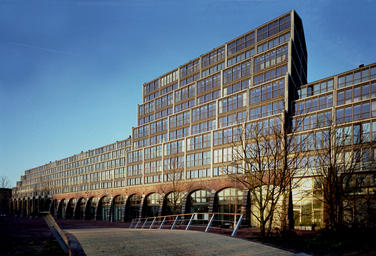 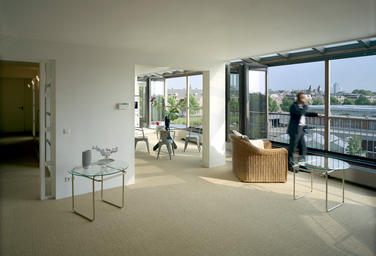 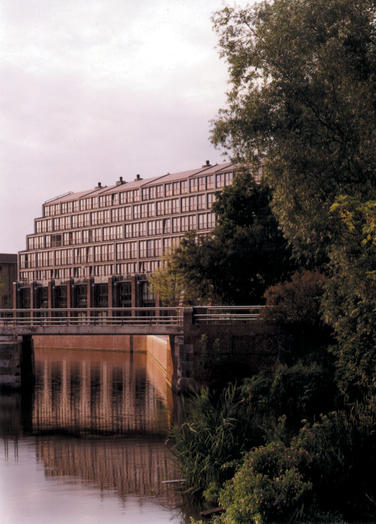 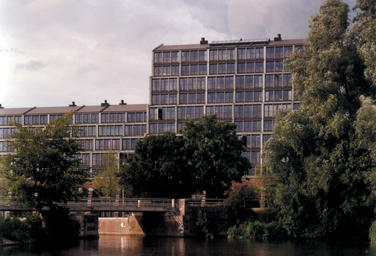 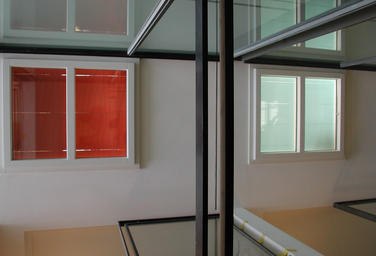 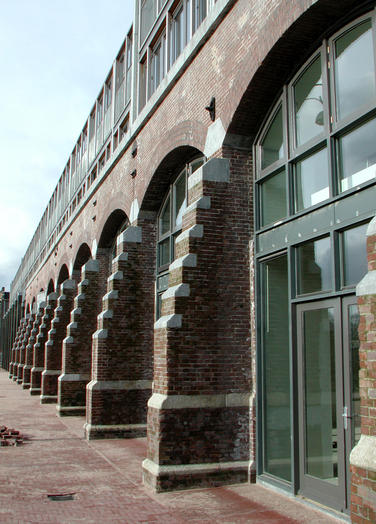 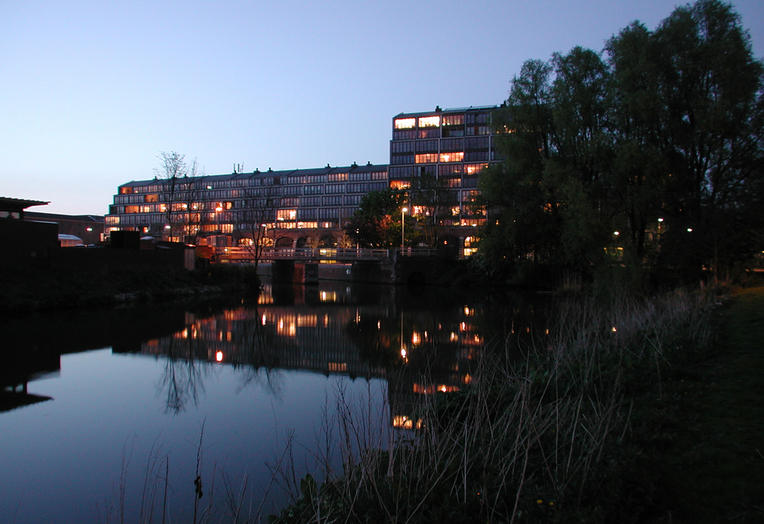 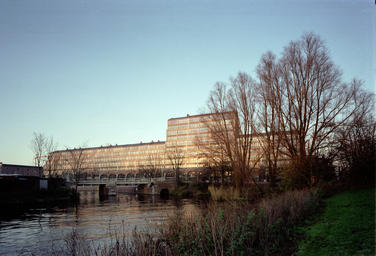 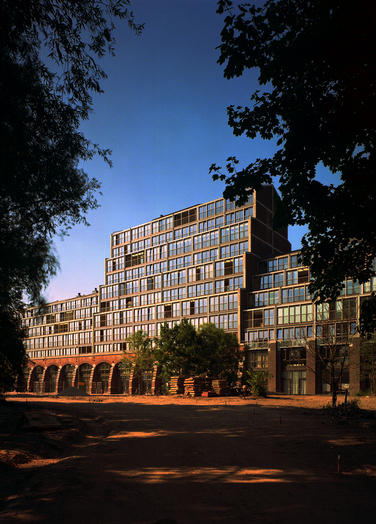 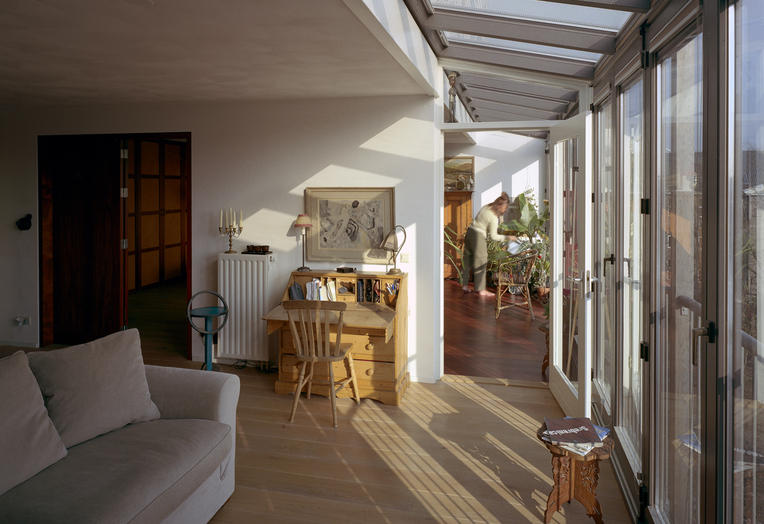 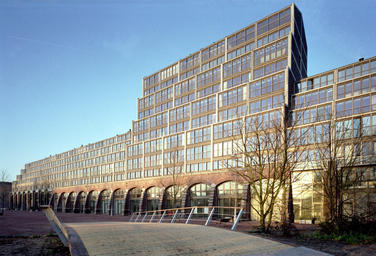 The existing supporting wall has been integrated in a new plinth, a rhythm of brick piers. 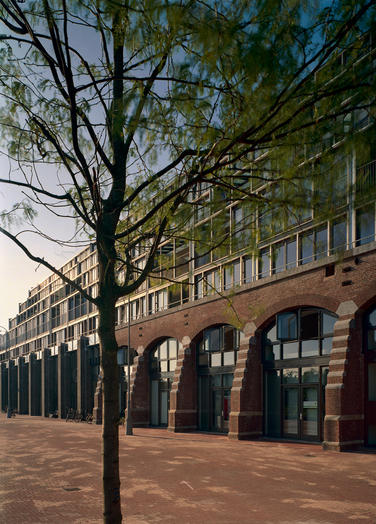 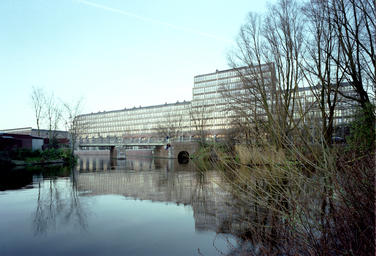 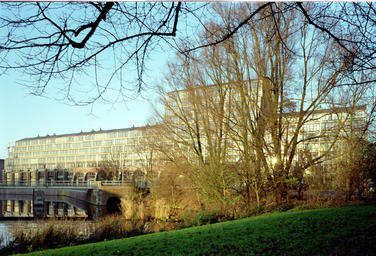