We have build 128 new housing units to replace old premises at four locations in the 'Oude Indische Buurt' (an old district in the East of Amsterdam with many Indonesian street names). Architecturally these are one complete entity. The first part was built at the Timorplein square in 2002. The second component is at the corner of the Borneostraat and Delistraat. The third section comprises two apartment blocks with end walls on the Celebesstraat. The ends of these blocks are linked by an underground car park beneath the Delistraat. A noisy railway line runs past the front elevations of the Celebesstraat blocks. Despite the need for sound insulation, however, we have used the storey-high windows that characterise the entire project. The many mezzanines amplify the light and the spaciousness of the interior. Among the 72 units in this third section, there is a wide variety of flats, maisonettes, penthouses and studio apartments. There are 21 social-sector rented homes, including two studio apartments. The façades consist of a strong rhythm of brick piers separating storey-high glass areas and steel gratings. Each storey's floor is accentuated by steel channel sections. 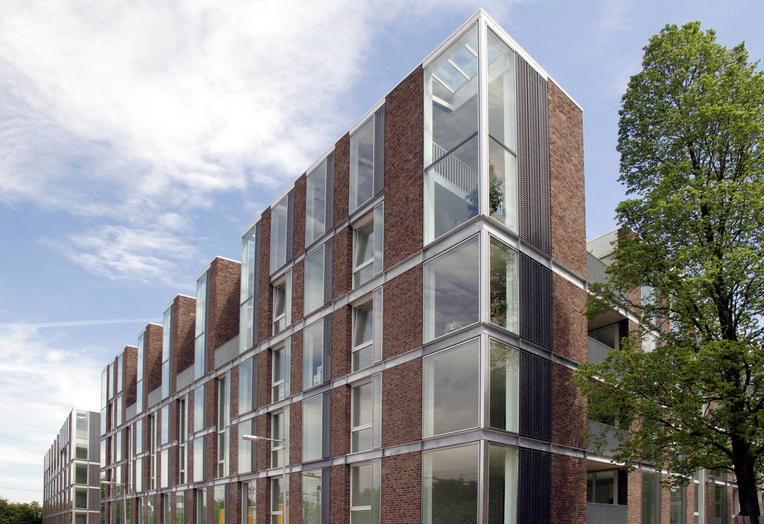 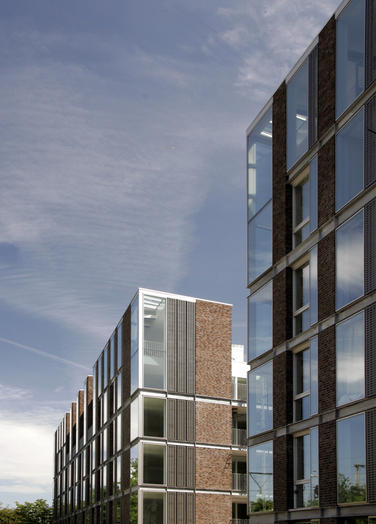 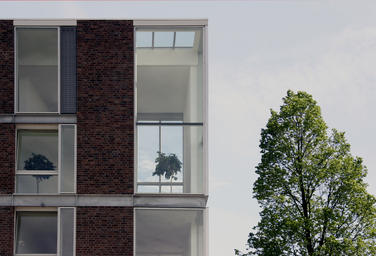 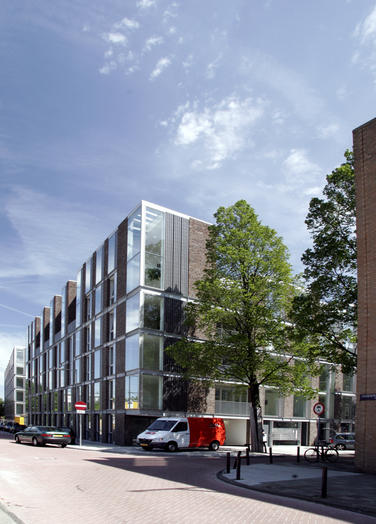 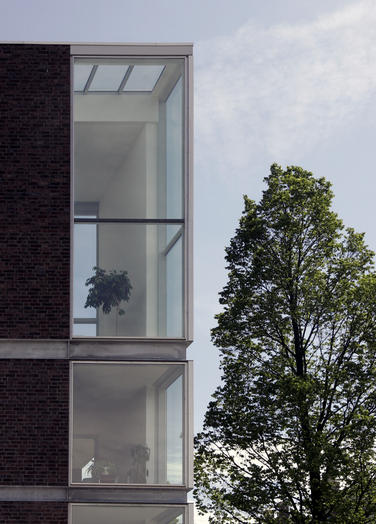 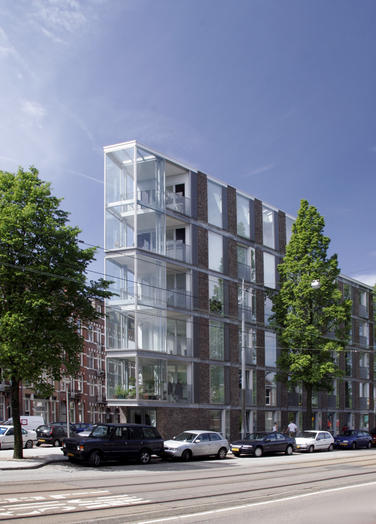 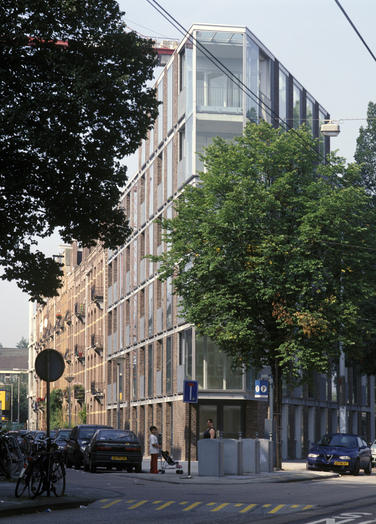 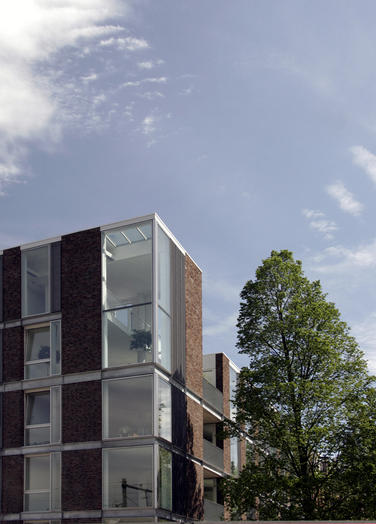 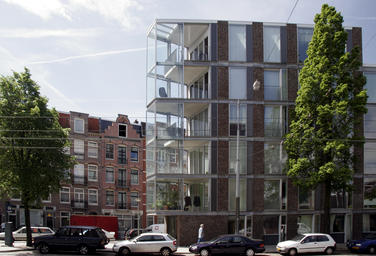 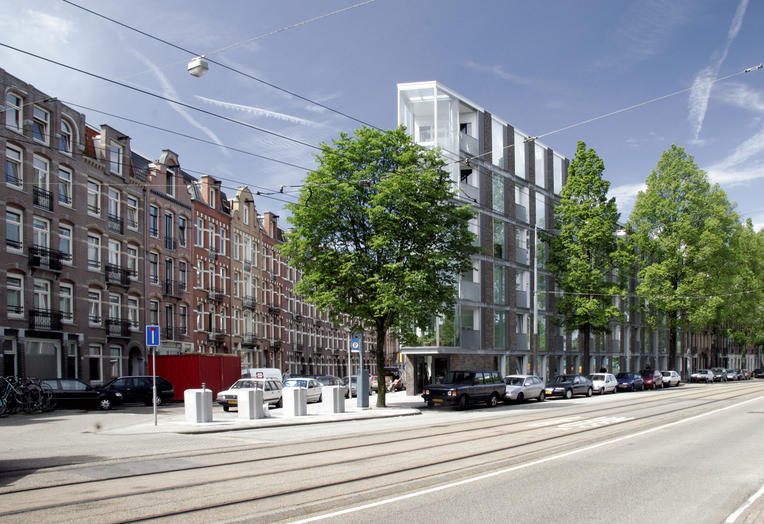 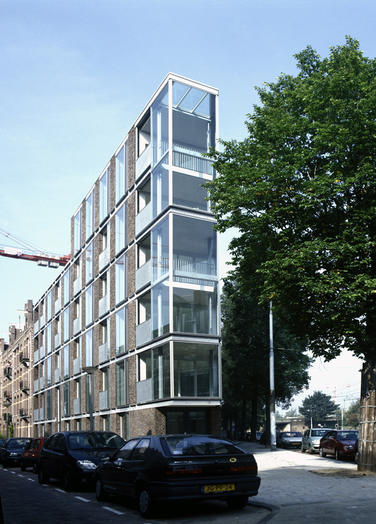 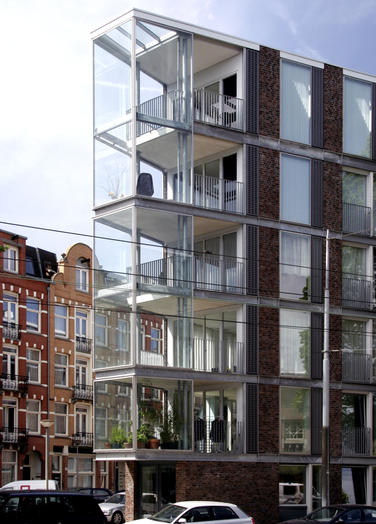 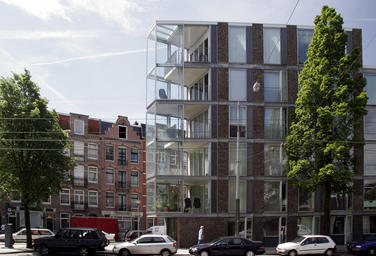 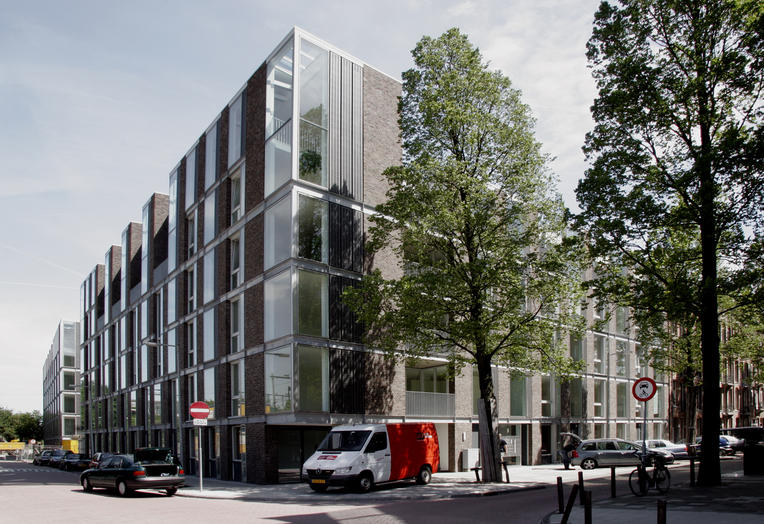