Every school in the Amsterdam's IJburg development has a theme. The primary school and Out-of-school Care Centre on the Haveneiland (harbour island), situated in block 30, have sport as their theme. The school lies in the middle of the block and is bounded on the north by a recess. To its west lies a public area that is connected to the street by a broad passage. To limit these spaces, and because of the restricted surface area, the building is three rather than two storeys high. The classrooms' layout forms a horseshoe with its opening to the east. The sport theme is incorporated in the central position of the sport's halls on the ground floor. A folding wall enables these to be used individually or combined into one. They are extra high, which, on the ground floor, also benefits the lower school facilities and the Out-of-school Care Centre. They also have sprung floors and changing rooms with showers. The sport's halls are below the auditorium, which is on the first floor, and form the heart and the meeting space for the school. All the rooms and other facilities of the upper school border this two-storey central space, so that there are no long corridors. The auditorium is continued on the outside as a terrace. This is connected to the school yard by means of a broad staircase, which is also the stand for the school yard and sports ground. The connection between the auditorium and second floor is a broad staircase, which can also be used as an auditorium and stand. 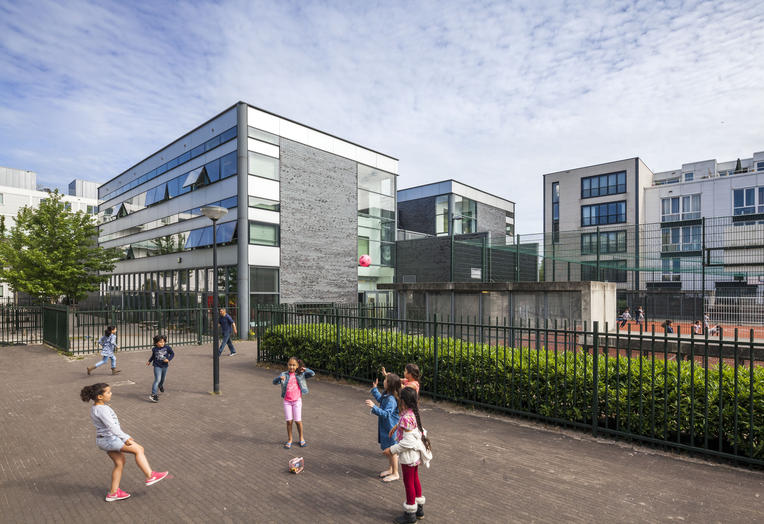 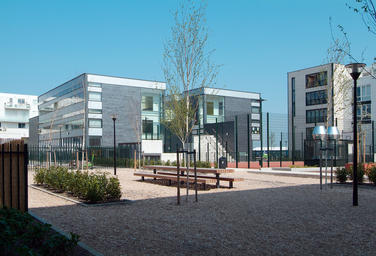 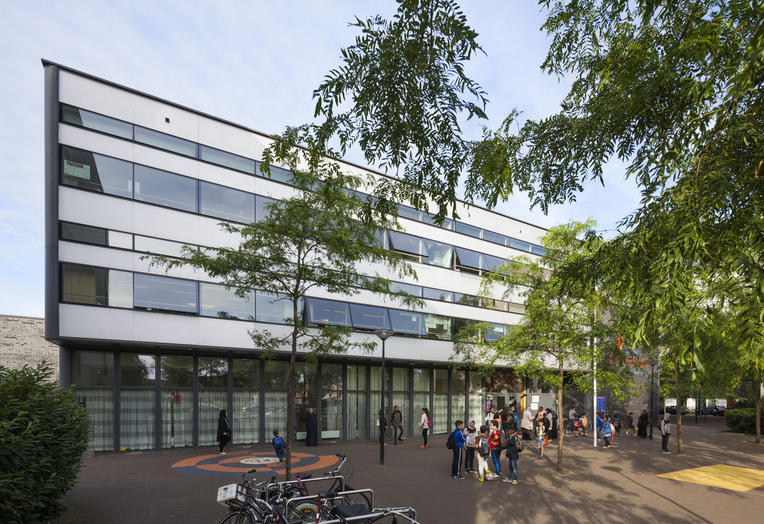 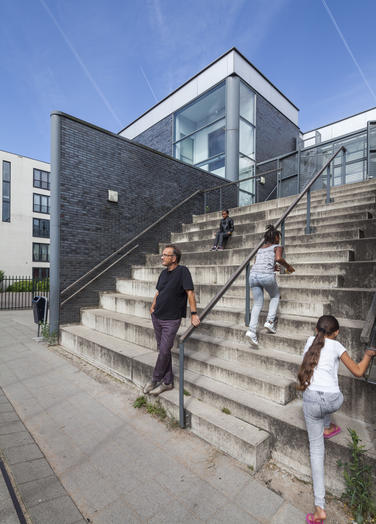 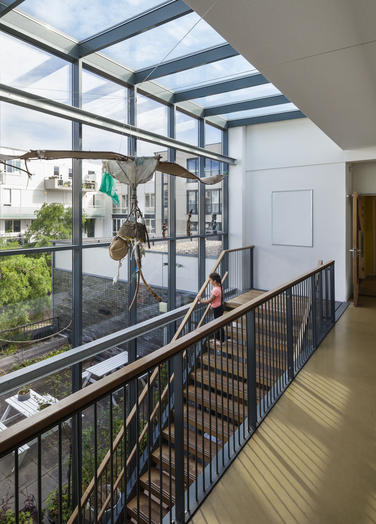 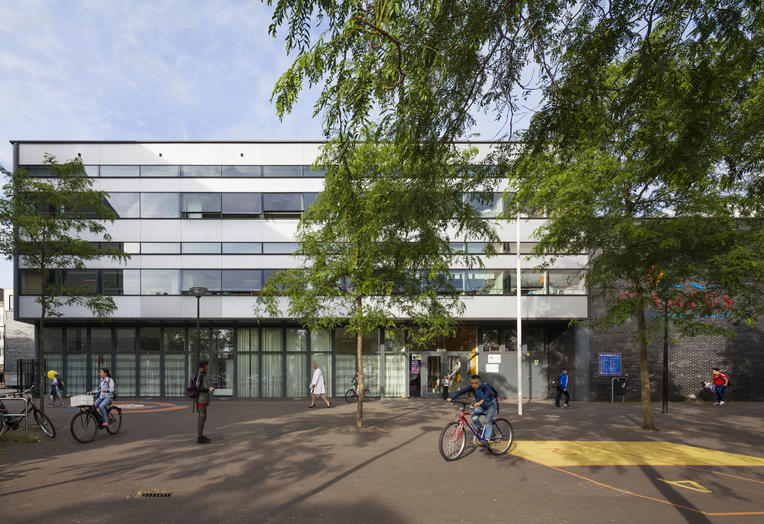 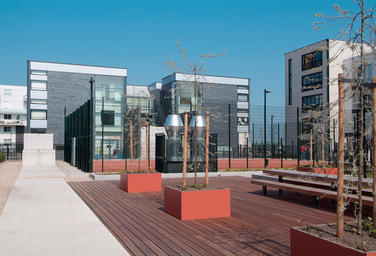 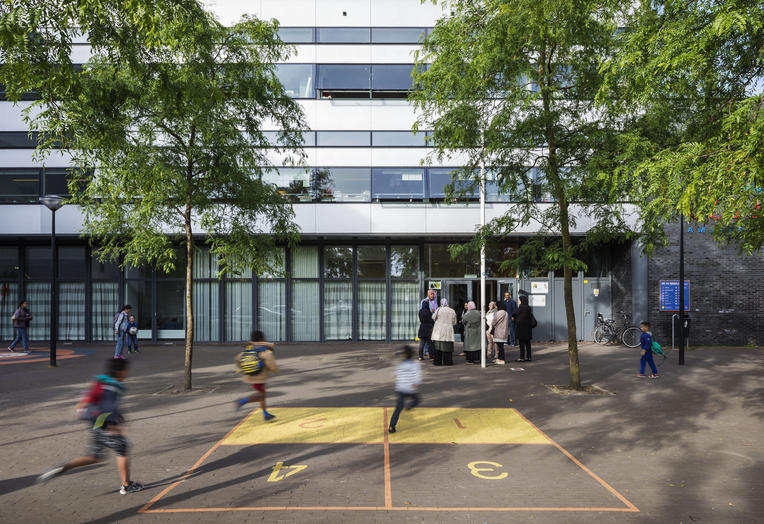 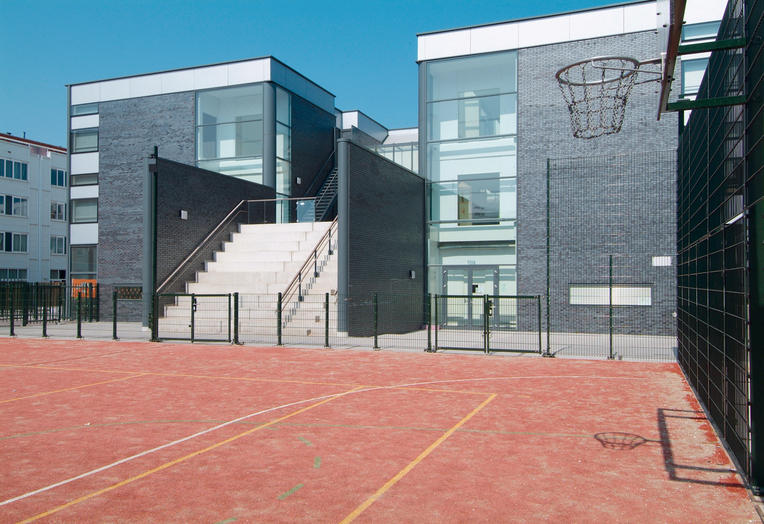 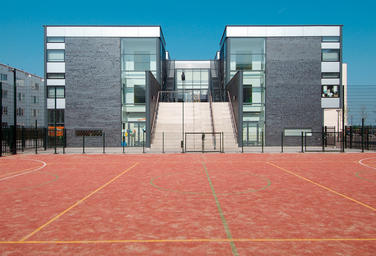 The sport's halls are below the auditorium, which is on the first floor, and form the heart and the meeting space for the school. 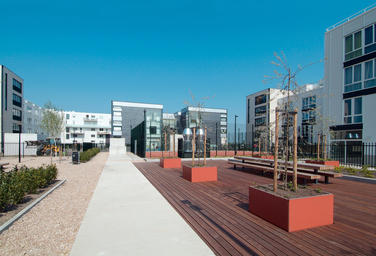