Here is a building that evokes an emotion in the observer, a building undaunted by its rather unsympathetic location on a sharp corner. A building that becomes part of the surroundings without imitating some aspect of it, that has a natural aura without arrogance; better still, one that propagates a sense of doubt. The difference between the two streets on either side of the sharp corner is the stepping-off point for the design as a whole. The sketches show two built sections that lean on each other, independent yet able to exist individually, each with its own character. The one heavy, dark and severe, appropriate to the traffic thundering along the neighbourring street; the other light, glassy and diffuse, belonging to the pleasant ‘living-street’ with its great sycamores. Like two ships the volumes are sailing almost on a collision course. The point where they just avoid contact exhibits the greatest tension. There, at the corner, is the stair leading to the dwellings. The lighter half contains experimental units. Building in this area, the Dapperbuurt, is building for a wide variety of dwelling forms; from single persons working at home to families with many children. To accommodate these differences there is a flexible floor plan guaranteering space for every situation. The dwelling is supplied with a so-called open plan, with a beam on four columns bisecting the space. Every resident has the opportunity to have one or two partitions inserted beneath the beam by the Lieven de Key housing foundation. a budget has been set aside to offer this service to future residents. 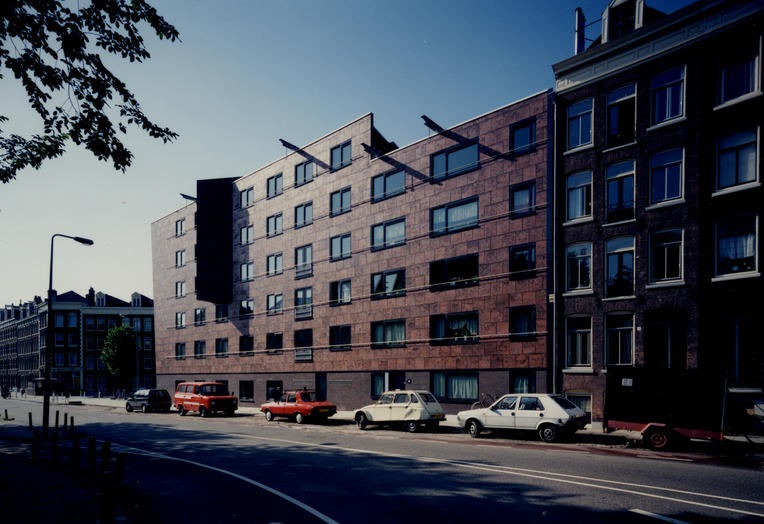 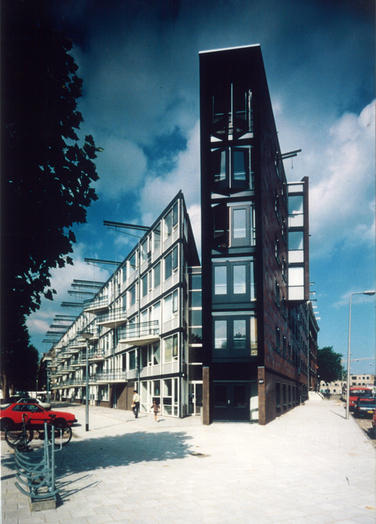 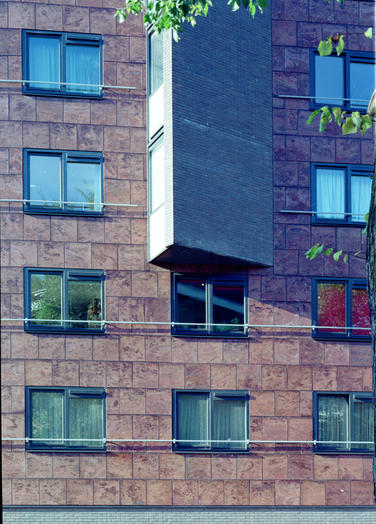 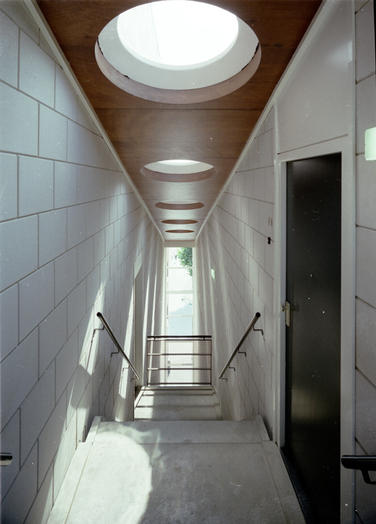 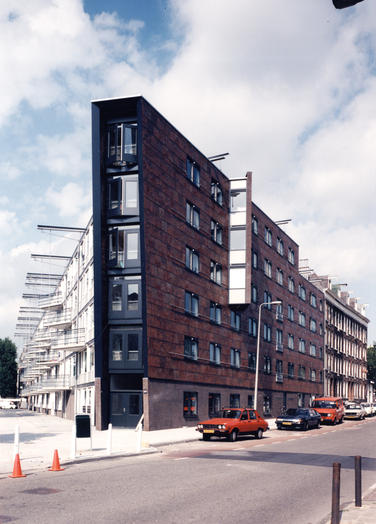 Like two ships the volumes are sailing almost on a collision course. The point where they just avoid contact exhibits the greatest tension. 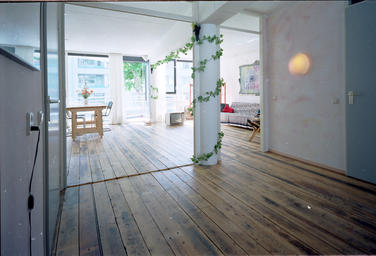 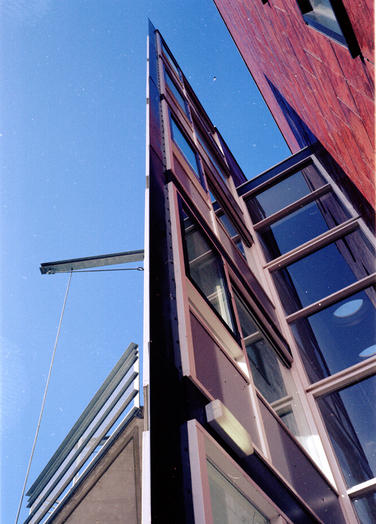 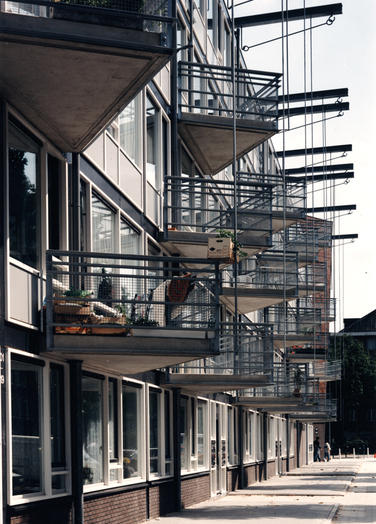 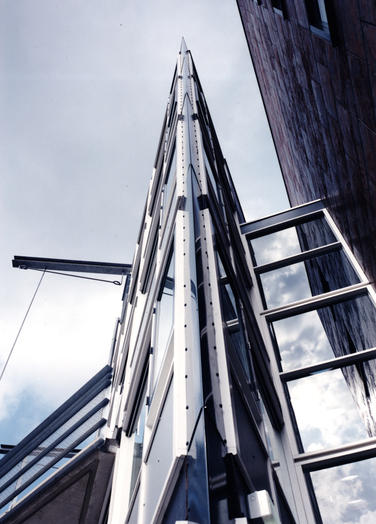 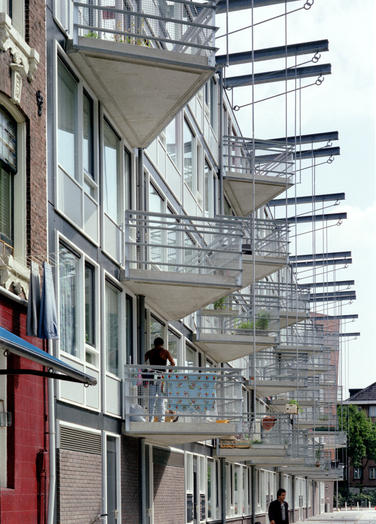 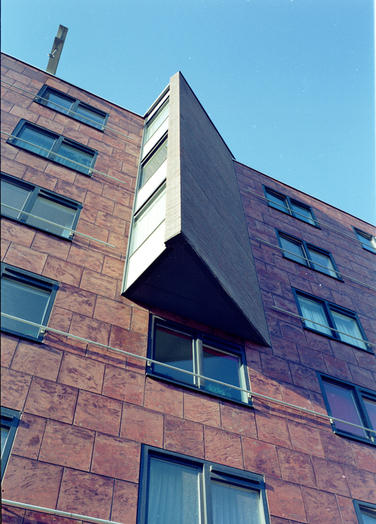 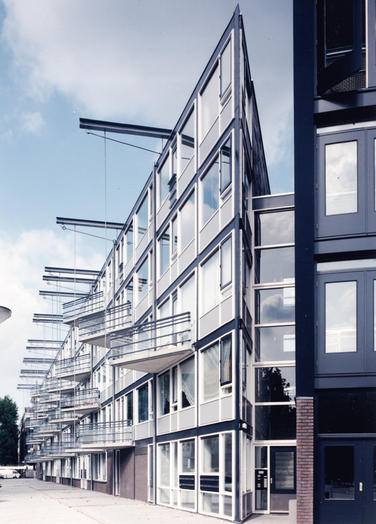 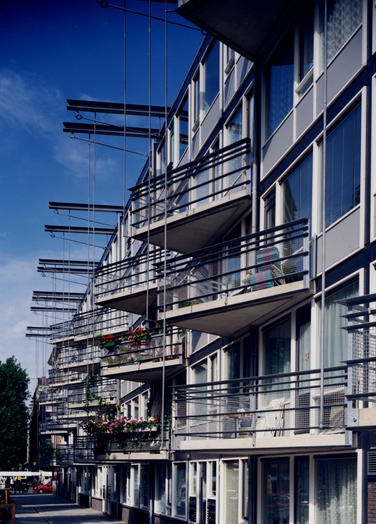 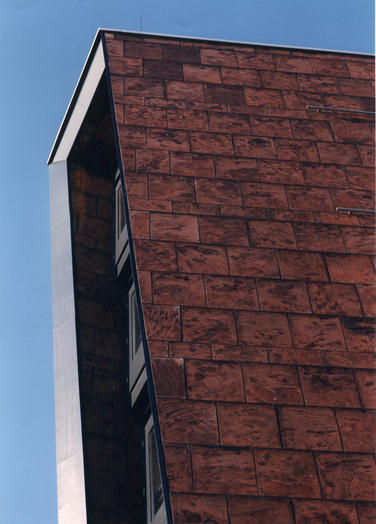 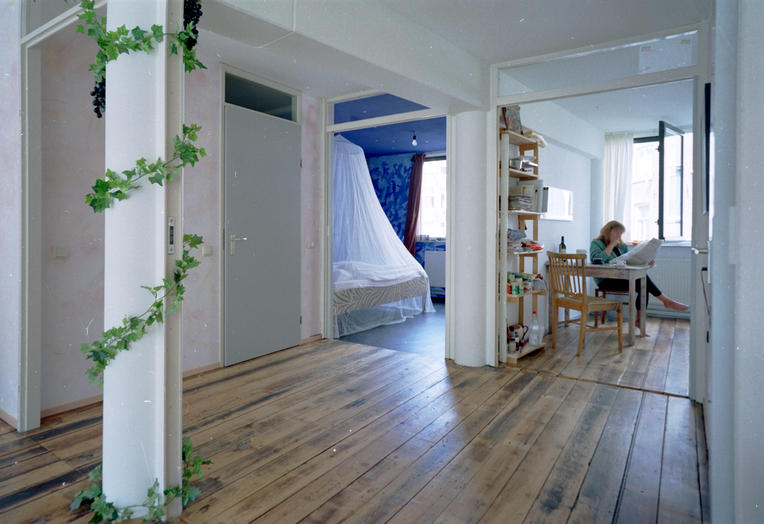 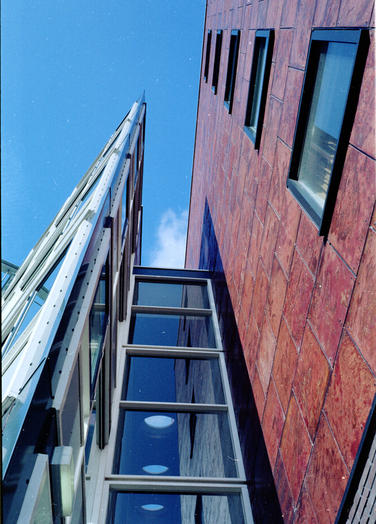 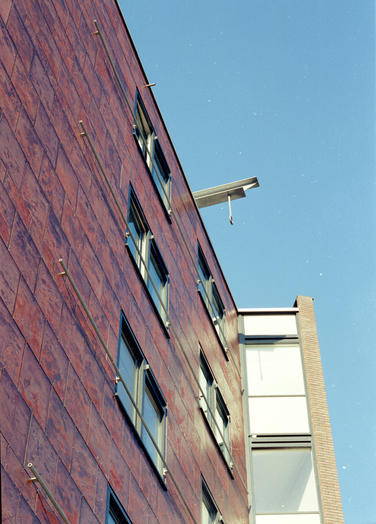 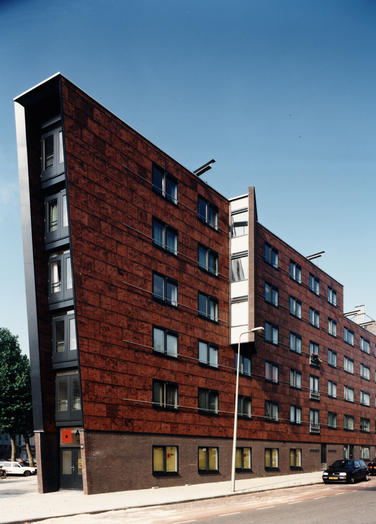